Free TELUS Wi-Fi in Vancouver Launches at These 6 Locations

Earlier this year, TELUS landed a contract to bring free Wi-Fi to 43 locations in Vancouver, part of the city’s digital strategy. Vancouver and TELUS have announced the first locations to gain free Wi-Fi, listed below: 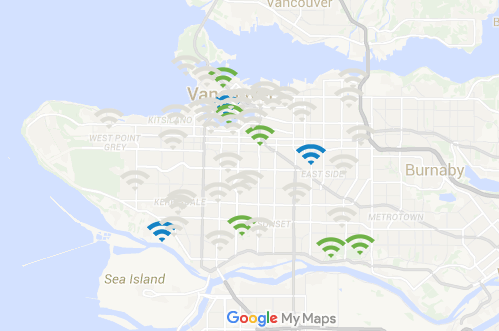 Next in line to gain free Wi-Fi are these locations:

Below is the #VanWiFi Site Status site (nice Google Maps integration), which shows where Wi-Fi is online throughout the city:

How to connect to free Wi-Fi in Vancouver? Just launch your Wi-Fi settings and connect to the “#VanWiFi” network. You’ll be automatically redirected to agree to terms and conditions, which once you accept you’ll be able to connect. No account creation is required.

Let us know if you’re trying this already, and how those download speeds are!