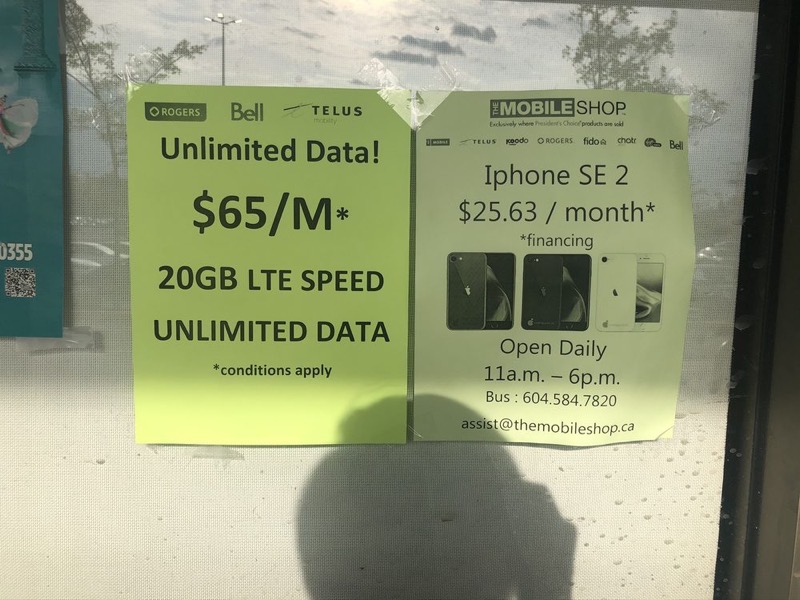 Select locations of wireless dealer, The Mobile Shop, are advertising a $65/20GB unlimited data plan for Rogers, Telus and Bell, with select conditions, according to RFD.

The Mobile Shop at T&T Supermarket in Surrey, British Columbia, has a poster showing a $65/20GB unlimited data plan is available. However, clarification with the store reveals the fine details of what’s involved.

For Telus, the advertised $65/20GB BYOD plan actually is a $10 month discount on the $75/20GB plan, only if you end up jumping on a home bundle discount, meaning you lump in your home phone, internet or Optik TV.

If you’re ever wary about deals being posted by dealers, it’s always good to ask what the fine details are over the phone, before getting lured into a sales pitch.