Chalk this up as another blow to TSN’s hockey broadcast schedule, as the subsidiary of Bell has lost TV rights for the 2016 World Cup of Hockey to rival Rogers, reports The Globe and Mail.

According to unnamed broadcast sources, Bell CEO George Cope is “not happy” TSN was again outbid by Rogers; the latter signed a landmark 12 year deal with the NHL in November 2013, leaving TSN on the outside looking in.

An auction was held close to 10 days ago, where TSN bid between $28-32 million for the two-week tournament, to be held for the first time in 12 years. TSN executives were confident they had the winning bid, but were told by the NHL Rogers had won in the end:

“We were told the rights were being awarded to Rogers,” Phil King, president, CTV, sports and entertainment programming, said Wednesday. “As far as we can tell, they [Rogers] seem to have a quasi right to match.”

The Globe reports Bell Media officials are now pondering if the NHL/Rogers contract had a clause within to include a right to match offers for competitions outside regular league games.

A broadcast source says TSN assumed it would to lose somewhere between $8-10 million on its bid for the 2016 World Cup.

The loss for Bell to Rogers will most likely cause more tension between both companies over hockey broadcasts. Bell formerly complained to the CRTC the Rogers GamePlus mobile app was offering exclusive content to subscribers, excluding everyone else. In response, Rogers CEO Guy Laurence called Bell a “crybaby” over the issue. 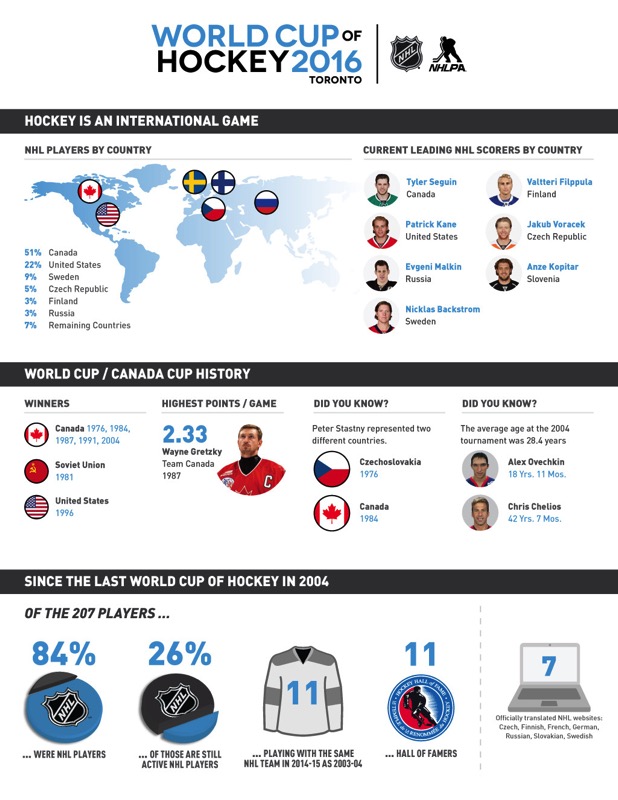 National teams from Canada, the United States, Russia, Sweden, Finland and the Czech Republic, plus an all-star European team (from countries not participating) and young all-stars North American team (under 23 from Canada/USA).

All games will be played at the Air Canada Centre in Toronto from September 17 to October 1, 2016. You can bet Rogers will push mobile streaming to customers to watch this hockey tournament, like it does now for NHL games (have you had enough of Mark Messier yet?).