Videotron has reduced the entry level 16GB iPhone 5s to $0 on a 2-year term, while every other carrier (Rogers, Fido, Telus, Bell, Virgin Mobile, SaskTel) has it priced at either $99 or $100 on contract (MTS has it at $149 on a 2-year term). These price changes have been occurring in the past week or so, but it looks like Videotron has offered the largest subsidy, one-upping incumbents (you could try price matching). 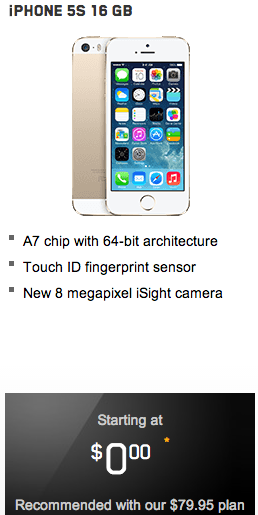 Of course, most die-hard Apple fans are holding off until next week’s announcements (4.7-inch and 5.5-inch iPhone 6, plus a wearable device) before making any upgrading decisions. But if you’re upgrading to an iPhone for the first time, and you’re okay with a contract, a $0 entry iPhone 5s is tempting.