Apple has updated its website to announce next week’s media event to announce new iPhone 6 models and its wearable device will be live streamed at 10AM PDT (1PM EDT). The page below shows a countdown timer, along with an option to add the event right to your calendar: 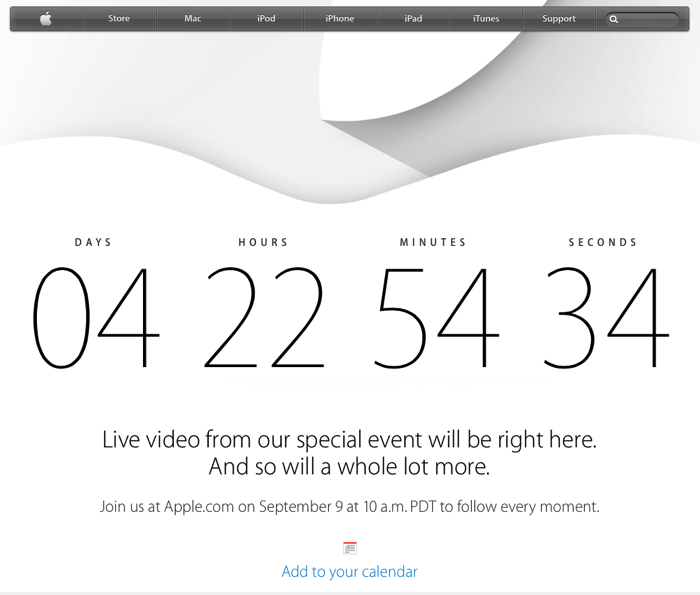 Most likely you will be able to watch it live on your iOS device, Mac and Apple TV, like the 2014 WWDC live stream. Streaming requirements are below: