Videotron Launches $65/16GB BYOD Plan in Quebec and Ottawa [u] 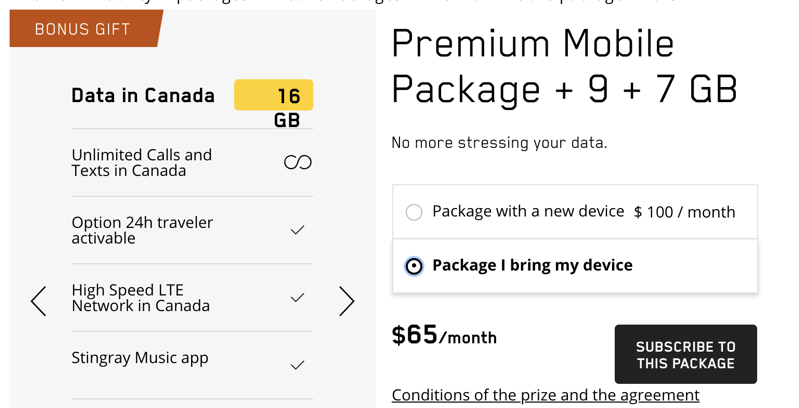 Regional wireless carrier Videotron in Quebec is turning up the heat on Rogers, Telus, Bell and their flanker brands with a new bring your own device (BYOD) plan.

While the ‘Big 3’ have their no overage plans starting at $75/10GB with throttled data after initial buckets are exceeded, Videotron has launched a $65/16GB BYOD plan. This plan is also available in the National Capital Region in Ottawa.

The $65/16GB plan works out to their 9GB data plus 7GB bonus and comes with unlimited calls and texts in Canada, to go with extras like club illico streaming and a $5 per month multiservice discount.

For those with multiple lines on Videotron, they can save an additional $12 off per line, so a family of four could be paying $53 for 16GB of data each, which is a pretty good deal.

Let us know if you’ll be jumping on this plan with Videotron.