Videotron Back to School 2021: $55/20GB Plan, Also Available from Fido/Virgin 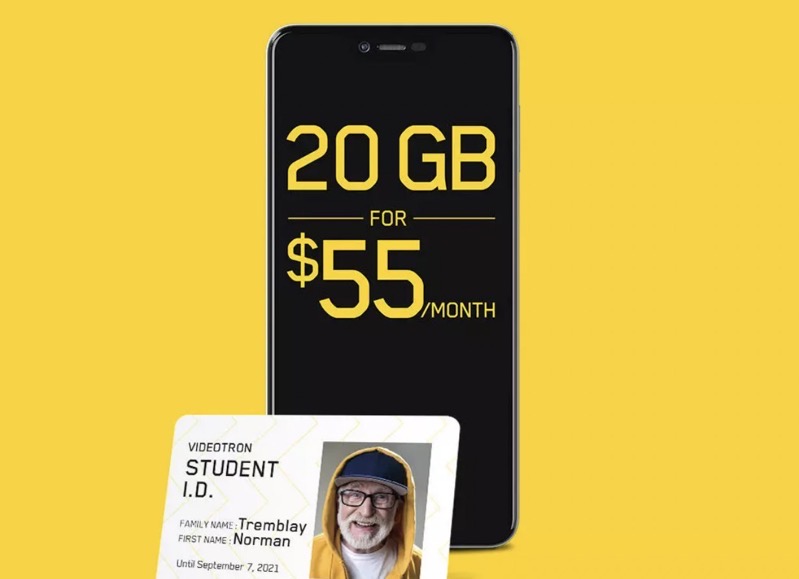 Quebec’s Videotron has launched a back to school 2021 offer—that’s available to anyone—in the form of a $55 per month plan with 20GB of data, for those seeking to bring their own devices.

Videotron says it’s “student pricing for everyone”, noting “with the 20 GB/month Mobile plan at only $55 a month, you don’t have to go back to school to enjoy it. It’s back-to-school season even if you’re not a student!”.

Fido (Rogers) and Virgin Plus (Bell) are also offering a $55/20GB plan like Videotron in Quebec. Koodo (Telus) does not offer a $55/20GB plan (yet). It’s clear Videotron is able to make incumbents compete when it comes to wireless pricing, as $55/20GB plans aren’t available outside of Quebec.

Quebecor, the parent company of Videotron, recently invested in Canada’s 3500 MHz 5G spectrum auction, noting it has plans to take its wireless carrier nationwide to take on Rogers, Telus and Bell.