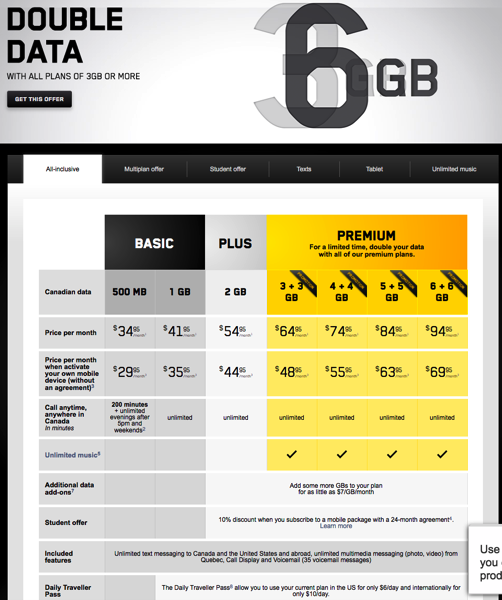 All Premium plans includes unlimited anytime minutes anywhere in Canada, along with unlimited streaming music (includes Apple Music), unlimited SMS/MMS and the usual extras. Data overages are charged at $7/GB, which is much cheaper than Rogers, Telus or Bell.

Also note, if you add additional lines to your account, you can save more on each line in the same account (via RFD):

The plan is only available in Quebec, although some users on RFD note customers in Ottawa may be able to get ahold of this promo.

Let us know if you’re going to switching to any of these promo plans. No word on when they will end.