Videotron has announced today it will carry Apple’s iPhone 5s and iPhone 5c, with sales to start on March 28. The company announced the news this morning on Twitter and Facebook.

iPhone 5s is coming to Videotron on March 28 http://t.co/2KmYBPMDfW

iPhone 5c is coming to Videotron on March 28 http://t.co/VGXWKEIgME

Just yesterday during its 2013 earnings call, the company reiterated it would be launching its LTE network this summer in Ottawa in Quebec (a Rogers partnership), but came short of confirming whether or not they would be launching iPhone sales. Looks like that changed today. 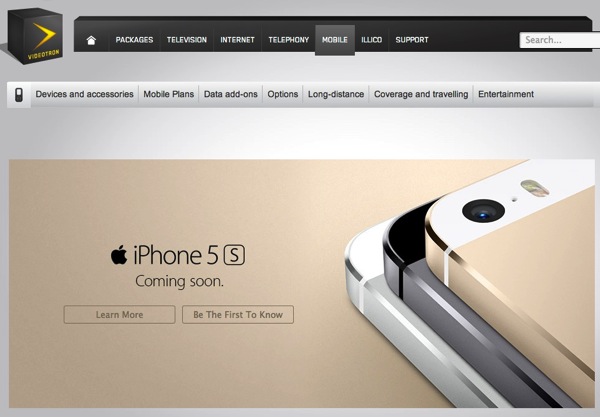 Late model unlocked AWS iPhone 5 users have long been using their devices on Videotron’s network. Back in 2012 Videotron said they would have more subscribers if they carried the iPhone and now their wish has come true. It’ll be interesting to see how the new device will add to its current 503,300 wireless customers.