Are you a Videotron customer that visits the U.S. often? Right now, the carrier has launched new “Canada-US Without Borders” plans, which are their Premium plans but with free U.S. roaming for 90 days a year (and Canada-wide voice and data). 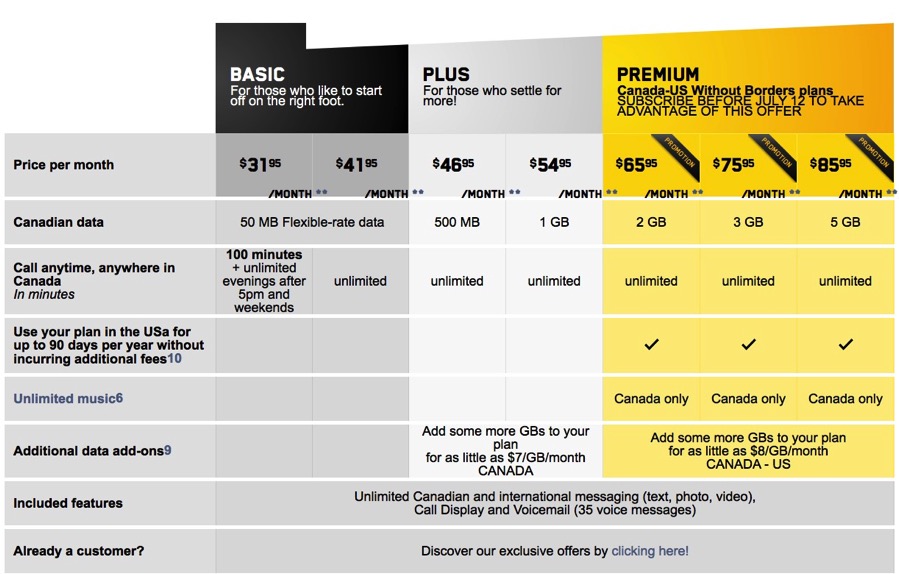 Plans are available for $65.95, $75.95 and $85.95 per month with 2GB, 3GB and 5GB data respectively, with unlimited Canada-wide minutes. The new included U.S. option will allow customers to roam free for up to 90 days per year, and is only available for sign-ups before July 12. You should try calling in to switch to these premium plans to get the U.S. offer.

Earlier today, Fido Roam launched for $5 per day to roam in the U.S. on a customer’s existing plan, but this Videotron offer is far superior since it’s included for free in Premium plans. Let us know if you’re going to jump on this.