This week, Virgin Mobile Canada introduced a new iPhone/Smartphone plan for a limited time. Compared to most smartphone plans from the Canadian carriers, this $50 option is actually fairly decent as it includes features such as unlimited incoming calls and voicemail/caller display for free.

The included features are:

The only downside to this plan is the 100MB of data. While Virgin Mobile states that it costs $10 per additional 100MB, there may be flexibility in adding a separate data plan (like 500MB) for a slightly higher fee. However if 100MB is what you need, then this plan is very good especially with the unlimited incoming calls and included voicemail/caller display.

The plan is available on 3-year terms with full sudsidy pricing for iPhones. The plan will expire on June 30, 2012. 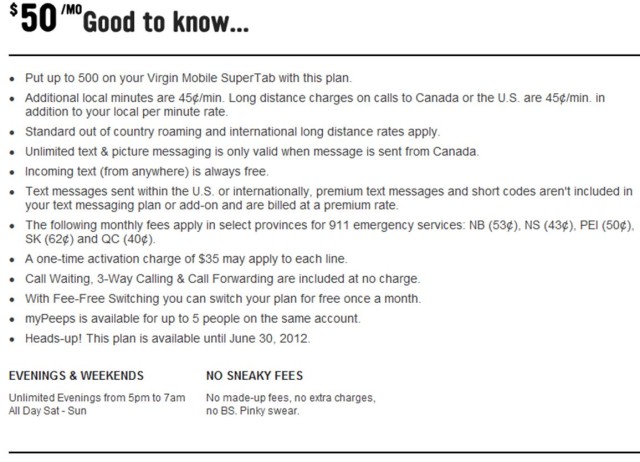