WIND Mobile Financier Sawiris Says He’s Not a Spy, is “Finished with Canada” 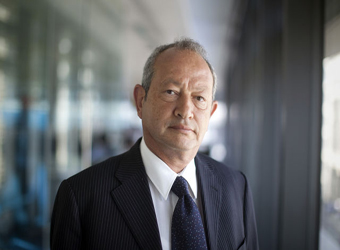 In an interview with Egyptian publication Ahram Online, Accelero Capital Holdings co-founder Naguib Sawiris, the former chairman of WIND Mobile, has declared “I am finished with Canada, I tell you,” after Ottawa blocked his company’s $520 million bid to acquire the MTS-owned Allstream fibre optic network.

The Federal government’s decision was made based on the Investment Canada Act, which allows the former to block bids based on national security concerns, on top of a “net benefit to Canada” test which weighs a potential investment’s overall impact on the economy.

Sawiris is angry after being denied by the Canadian government to invest in the country and says he’s ready to take his money elsewhere. He called Ottawa’s decision “totally a farce because it’s just unimaginable.” The billionaire tycoon again echoed he regretted investing in Canada and says the lack of national security concern details provided by Ottawa is baffling:

“They don’t have anything specific to say,” according to Sawiris, referring to Canada’s citing of unspecified national security concerns. “They were very worried we could sue them. We spent millions of dollars to prepare [for the transaction],”

Africa’s ninth richest person, according to Forbes, says Ottawa should not have allowed the deal in the first place as both companies were “totally pre-cleared” for a deal to happen, even 136 days after the deal was announced.

Sawiris believes the the only national security concern link would be his ties to Orascom Telecom, where he is the chairman, as the latter has a 75 per cent stake in North Korea’s sole 3G cellular carrier, Koryolink, which launched in 2008.

Five years ago, “I still had the mobile licence in North Korea,” said Sawiris: “There is nothing new. Where does the national security threat come from now? The Cairo administration should send a letter to Canada to ask why an Egyptian guy is a threat to Canadian national security. I want to know.”

“Maybe they thought there was a link between North Korea and Egypt, and that Egypt was sending agents to spy on Canada” on behalf of North Korea, “like a James Bond movie,” said Sawiris, whom North Korea’s official news agency in 2011 reported met with the late North Korean leader Kim Jong Il to discuss business opportunities. “That’s their level of sophistication,” said Sawiris, referring to Canada’s government, which he said he puts on a par with China for its restrictions on foreign direct investment in its telecoms sector.

“The incumbents have enough muscle to prevent real competition in the market, and my advice for any foreign investors is not to waste their time investing in Canada. They change their laws for foreign investment, and then they block you.”

Sawiris did not call out Rogers, Telus and Bell specifically, but said they “again won through lobbying to push competition out of the market. They have a very easy arrangement and they don’t want anyone to disrupt the comfortable competitive environment they’re in.”

SaskTel has today announced the expansion of its 5G wireless network to a number of communities in rural Saskatchewan, including the Town of Davidson and the Nekaneet First Nation. SaskTel 5G is now available in the following rural communities of Saskatchewan: Baildon Craik Davidson Ituna Turtleford Nekaneet First Nation “Our government recognizes how important wireless connectivity has...
Usman Qureshi
14 hours ago

Shaw Communications on Tuesday announced consolidated financial and operating results for its fiscal quarter and year ended August 31, 2022. The company reported consolidated revenue of $1.36 billion for the quarter, down 1.5% year-over-year. This includes $325 million in earnings from the Wireless segment as a whole, up 1.2%. Adjusted EBITDA for the period dropped...
Nehal Malik
16 hours ago