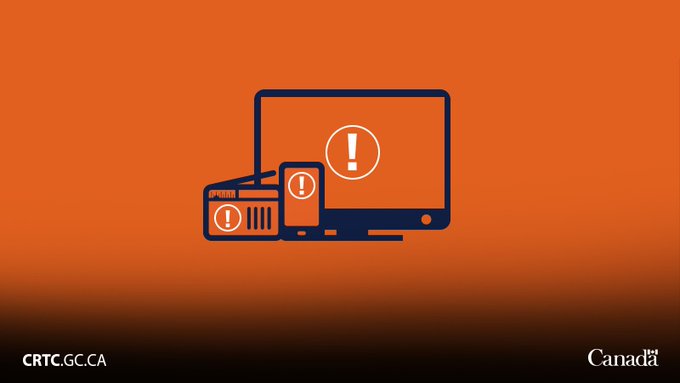 The CRTC has announced wireless carriers will now send out a second public wireless emergency alert each year, with one in the spring and one in the fall.

Previously, Wireless Public Alerting (WPA) tests were mandated to have carriers hold five tests per year, with four of them invisible to customers and one public test during National Emergency Preparedness (EP) Week in May.

Last year’s public wireless tests on May 7 and 9 were not exactly perfect and resulted in issues and failures. The CRTC says Senior Officials Responsible for Emergency Management (SOREM) filed a letter to the CRTC requesting a second WPA test on both wireless and broadcast channels for November 2018. These second tests were “generally successful.”

In December 2019, SOREM sent an application to the CRTC requesting two annual visible public wireless tests for May and November, instead of just the single test.

Wireless carriers will have to distribute a second visible #wireless #EmergencyAlert test every year. Tests in May and November will help ensure the system works as it should, to save lives and find missing children. #AlertReady https://t.co/m4KhQlm8OT pic.twitter.com/uvb745g2HL

The CRTC has approved the application and says it now “directs all [wireless service providers] WSPs that are required to participate in WPA as part of the [National Public Alerting System] NPAS to distribute to their subscribers served by non-pre-LTE networks, during the month of November of each year, a visible test alert where an alert-issuing authority elects to schedule and execute a visible WPA test alert during that month.”

It is not possible to opt-out of wireless emergency test alerts, but you can turn off your phone ahead of tests or enable Airplane Mode.