The federal Conservative Party launched the website ConsumersFirst.ca back when Industry Minister James Moore embarked on a cross country tour to ‘strike back’ against the rhetoric of the Big 3 ‘Fair for Canada’ campaign. The website at the time provided wireless facts for Canadians at the time.

The site was also in conjunction with Industry Canada’s ‘More Choices’ web page which detailed more about the state of the Canadian wireless industry.

The federal NPD Party questioned the website and asked for public consultation on the issue since the Industry Minster “has gone so far as to launch a partisan website and improvise a behind-closed-doors national tour on the issue.”

The partisan ConsumersFirst.ca website has now been updated with a ‘Donate Now’ button and also four major points ahead of the Federal government’s Throne Speech, which is expected to be consumer-focused (set for today at 2PM PDT/5PM EDT). 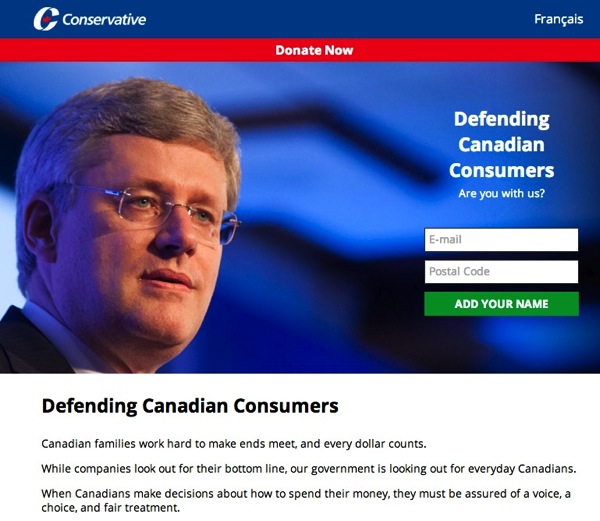 Sections now detail how the government is set to focus on: 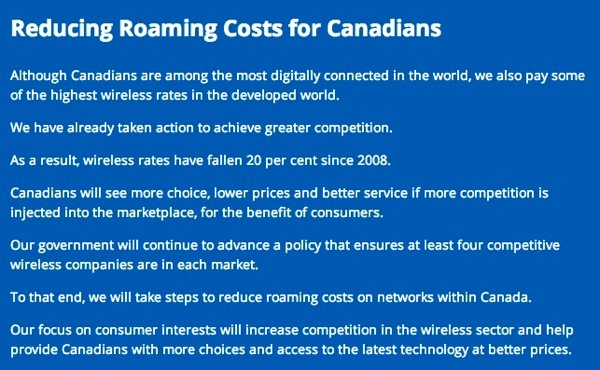 Expect the Throne Speech to include most of these points listed on the site. The 2015 federal election campaign starts soon and it appears Ottawa has pushed back hard against the Big 3 to reach out to Canadian consumers over wireless issues. Will it work?

After the Federal Court of Appeal today rejected the Commissioner of Competition’s appeal of the Rogers-Shaw merger, these telecoms now say it’s time for the federal Innovation, Science and Industry minister to approve spectrum license transfers. “We welcome this clear, unequivocal, and unanimous decision by the Federal Court of Appeal. We continue to work with […]
Gary Ng
21 hours ago

Bell Aliant sent an invoice of almost $650 to one senior in Hammonds Plains, Nova Scotia, for two months of telephone service after overcharging him due to a "programming error" that billed his local calls as long-distance — reports the CBC. "Thirty-five dollars a month for the house phone, that's what they said I have...
Nehal Malik
24 hours ago