Rogers, TELUS and Bell have recently waged a public relations war against the Federal government, claiming upcoming wireless spectrum rules are unfair and foreign competition from Verizon will cause Canadian job losses.

Now, it appears the Harper government is fighting back to reiterate its message of creating more competition for wireless markets. Industry Minister James Moore this morning has embarked on a cross-country speaking tour starting in Vancouver to broadcast and reiterate Ottawa’s plans. 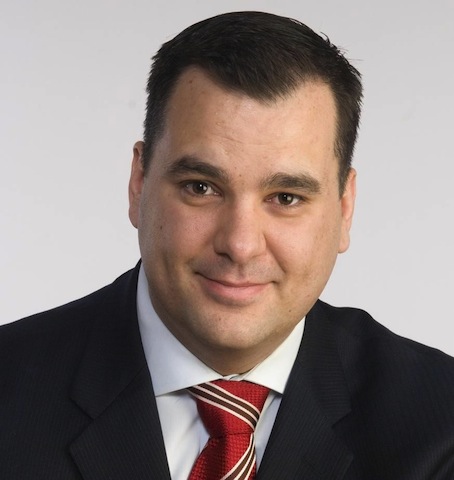 In a telephone interview with iPhoneinCanada, Mr. Moore called to discuss how he plans to continue to serve the best interests of Canadians and increase wireless competition.

We asked Moore why he called and he explained he’s reaching out as “there’s a missing aspect of the debate, which is somebody explaining to everyday Canadians that the everyday policies we’ve put in place are about serving the best interest of Canadians, not about playing favourites for one company or another.”

Moore continued to add “often media outlets, newspapers and telcos companies within the system are dominating the debate by explaining what’s good and what’s bad, but all through the veil of what’s in the interest of their companies. We want to make sure that Canadians understand that our policy is in the best interest of them, but of course we want Canadian companies to do well.”

Big Three Disagreed with Spectrum Rules only after Verizon Made Noise

We brought up the recent story about Verizon possibly delaying their bid for WIND Mobile and Mobilicity and asked if that changes anything. Moore responded by saying “we’re not going to change our policy” and the government will continue to move forward.” He stated the 700 MHz spectrum will be moving forward with deposits coming September 17 and the auction taking place in January.

Moore says a great deal of consultation was made regarding its wireless policies with Rogers, TELUS and Bell and all companies were content with Ottawa’s policies, which “were not made overnight.” That was until around late May when Verizon “made their noise” and the Big Three only protested when “somebody very large threatened their structure.”

When pressed on Verizon and what will happen if the company decides against setting up in Canada, Moore said “regardless of the outcome, whether Verizon does or doesn’t come, Canadians will be well served by our policy.”

As for our fourth wireless option if Verizon does not come? Moore points to ongoing regulation of the industry and refers to “healthy” regional competition in various parts of the country (Quebec and Manitoba come to mind) but says to wait for the outcome of the spectrum auction to see what happens.

We asked about the ongoing ads the country has been bombarded with by the Big Three on radio, print and on the web. What are Canadians to believe? Moore went on to say Canadians know “instinctively” more choice and competition is good:

“People just need to realize these companies that are behind the ad campaigns, they’re not charities, they’re not crown corporations, they’re presenting an argument that benefits them–and that’s fine. Their job is to increase the foothold of their companies to represent the interests of their shareholders to increase their profits and that’s fine. We have a bigger and broader interest as a government to serve the interests of Canadians, and I think Canadians know that. I don’t think the campaign has been terribly successful, I have to say.”

Moore refers to an earlier interview he gave with the Globe where he says Ottawa during the 1980s most likely was told by domestic car companies Ford, GM and Chrysler were perfectly fine and there would be no need for imports such as Honda, Toyota, BMW or foreign cars in Canada. He says the same goes for now when it comes to wireless competition, as Canadians know more choice is a good thing.

Moore Clarifies his experience to BCE Board Member Anthony Fell

We brought up the letter by Bell Canada Board Member Anthony Fell questioning the Minister’s reported one month of experience with the telecom policy portfolio. Moore gave a slight chuckle and said “it’s not true” and reiterated his Ministerial resume, specifically his past experience being lobbied by telcos and broadcast companies over the Bell-Astral deals, saying “he knows these files very, very well.”

How are Canadians Supposed to get Lower Cellphone Bills?

The issue of recent monthly voice and data plan changes over to two years by our carriers was brought up the Minister. We noted even though two-year terms are the norm, why do so many Canadians feel the prices have just been increased to compensate for the change?

The Minister was quick to reiterate that was for the “CRTC to assess” and see how the market reacts to it over time and for CRTC Chairman Jean-Pierre Blais to oversee. The increase of prices by incumbents, according to Moore, speaks to Ottawa’s view we need to have “more competition and choice in the Canadian marketplace.”

What Cellphone are you using?

As the interview ended I posed a question out to the iPhoneinCanada nation on Twitter about what they would ask Minister Moore. One question was what cellphone he was using which he responded “I have a BlackBerry on Bell and an iPhone on Rogers,” as having two devices helps with traveling and using various networks.

It’s clear from speaking with Minister Moore today, Ottawa is definitely firing back against incumbents with their own PR campaign to media outlets. As for how effective it will be, only time will tell. One thing is certain, which we agree with: more wireless competition is good for Canadian consumers.

What do you think about Ottawa’s cross-country plan to reiterate its message?