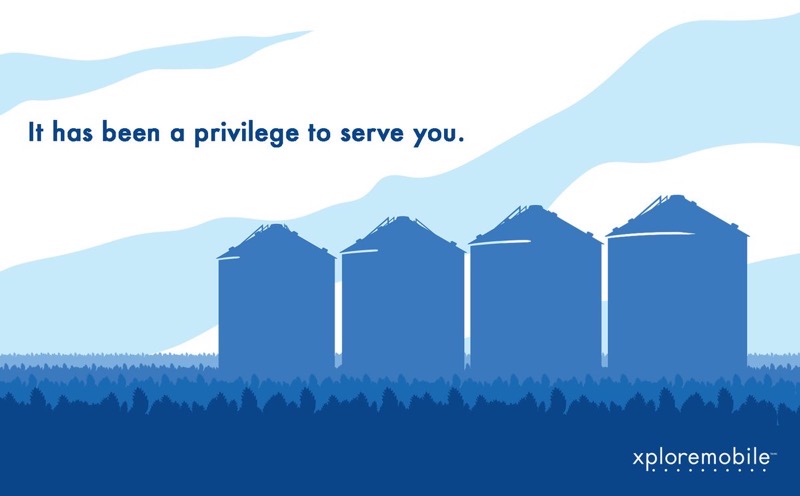 Manitoba’s Xplore Mobile announced on Friday it will be shutting down on August 31, 2022.

“It is with sadness and regret that we are writing to let you know that Xplore Mobile will be shutting down service effective August 31, 2022. This was a difficult decision,” explains the company’s website.

“We set out to provide Manitoba consumers with the option of obtaining mobile services in a simple, fair and transparent way. At Xplore Mobile, we are proud of being the first in Canada to offer innovative data rollover plans. Xplore Mobile was also the first to offer unlimited data plans on LTE at full speed to Canadians. At the CRTC, Xplore Mobile spearheaded the quest for seamless roaming to reduce dropped calls for customers,” continued Xplore Mobile.

As for reasons of the shut down? Xplore Mobile says, “while we faced challenges, including start up issues of our own making, vigorous competition, and the pandemic, we overcame those challenges.”

“In the end, we could not overcome the cloud of uncertainty created by regulatory delays, such as those associated with the CRTC’s mobile virtual network operator (MVNO) process and the high roaming rates that significantly exceed retail prices,” said Xplore Mobile.

“We tried to hold on but the regulatory delays were just too long. We sincerely appreciate your trust in Xplore Mobile and it was a privilege to serve you. Our team is here to help you manage a transition to a new mobile provider,” concluded the company.

Nova Scotia-based Xplorenet launched Xplore Mobile back in November 2018. Xplorenet at the time gained nearly 25,000 wireless subscribers as part of Bell’s deal to acquire MTS, to appease competition regulators. The company also acquired six retail stores and 40 MHz of spectrum to build out its LTE network.

The Xplore Mobile store will be closing on Friday, July 15, 2022. The company says customers need to port their wireless number over to another carrier before August 31, 2022, as service will be cut off at the end of next month.

Rogers, Shaw and Quebecor announced on Friday they have signed a deal for the sale of Freedom Mobile to the latter, making their initial $2.85 billion agreement from mid-June now official. The deal is subject to regulatory approvals and the closing of the Rogers-Shaw merger. According to all three telcos, the deal "provides the...
Gary Ng
13 hours ago

Opensignal released its Canada 5G Experience and Mobile Network Experience reports on Thursday, showing insight into the Canadian telecom landscape yet again. From April 1 to June 29, 2022, Opensignal analyzed the 5G user experience from Rogers, Telus and Bell. When it comes to the top 5G download speeds in Canada, Bell and Telus again...
Gary Ng
1 day ago