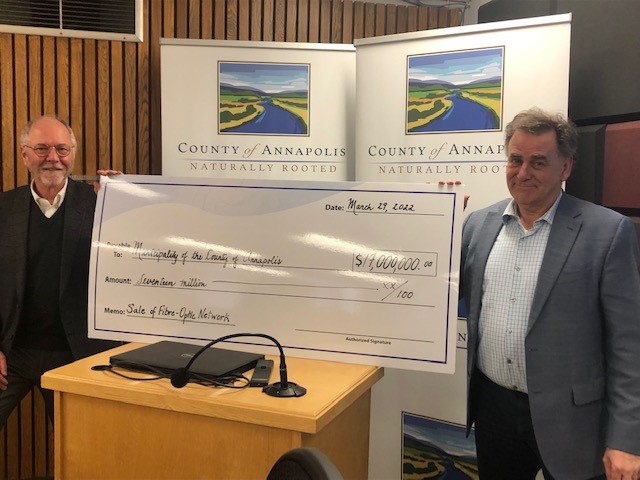 Xplornet announced on Wednesday it has acquired the internet infrastructure from the County of Annapolis located in the western part of Nova Scotia.

The deal means Xplornet will manage and expand the existing fibre internet built by Annapolis for its over 8,500 residents and businesses, capable of up to 1 Gbps download speeds for consumers ($99/month) and up to 10 Gbps for businesses. The County planned the network back in 2016 and installation was completed several years ago.

“This is good news for Xplornet and for the people of Annapolis County,” said Allison Lenehan, President and Chief Executive Officer of Xplornet, in a statement. “We admire the County’s initiative in spearheading its own network and we look forward to building on that by expanding coverage and delivering high-quality service to the people of the region. We are committed to providing next-generation high-speed Internet to homes and businesses in Annapolis County, and across the province of Nova Scotia.”

Annapolis County Warden Alan Parish said, “The County realized that it did not have the necessary manpower or expertise to attend to the many regulatory, financial, legal and administrative obligations ownership demanded, nor was it prudent to court the business risk involved in the project.”

According to Annapolis County, the deal cost Xplornet $17 million.