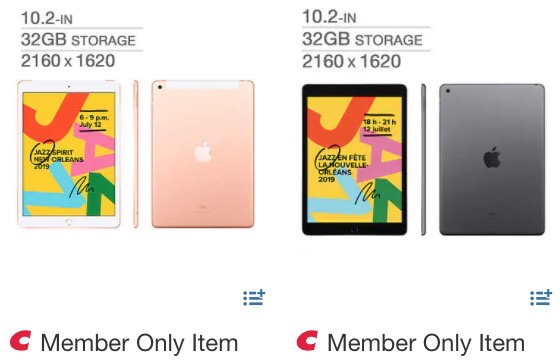 You’ll note the Gold colour is $5 cheaper than Space Grey and Silver. Not sure why that is but if you don’t have a colour preference, you can save $5. Your local Costco warehouse also has the 10.2-inch iPad available at $369.99.

This 10.2-inch iPad includes an A10 Fusion chip, Touch ID and stereo speakers. It launched last fall with a slightly larger display (up from 9.7-inches), a Smart Connector and the same processor as its predecessor. It currently sells for $429 from Apple.ca.

At this price, it rivals some of the Apple refurbished iPad deals but you can get the newest model and get a 90-day return policy from Costco.