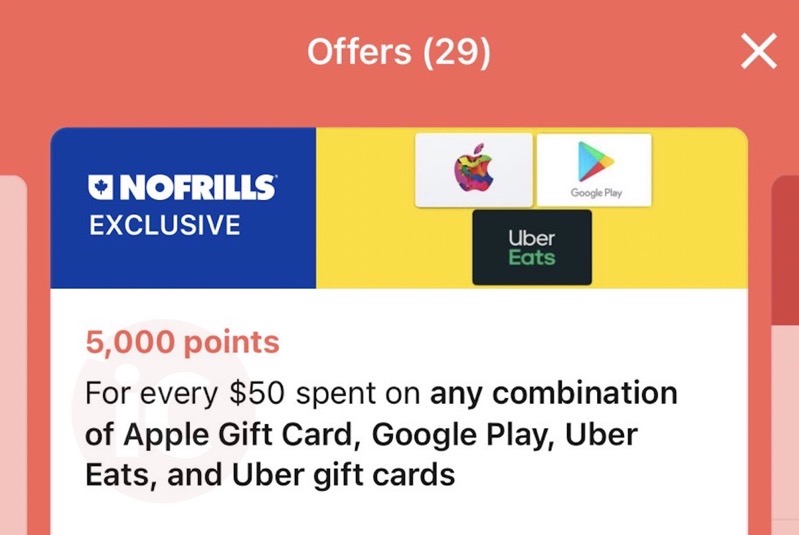 The fine print says there’s a limit to $500 in gift cards purchased per brand in a single transaction, made in-store.

These discounted Apple Gift Cards can be applied to your Apple ID for any purchase from the company, whether software, subscriptions and also physical products from the online store.

During Black Friday, we saw the same offer from PC Optimum at No Frills. Ever since discounted iTunes cards were axed this summer, this seems to be the only way to save on Apple Gift Cards. Feel free to email us tips@iphoneincanada.ca when you see a deal on Apple Gift Cards.

Thanks Jonathan and Travis