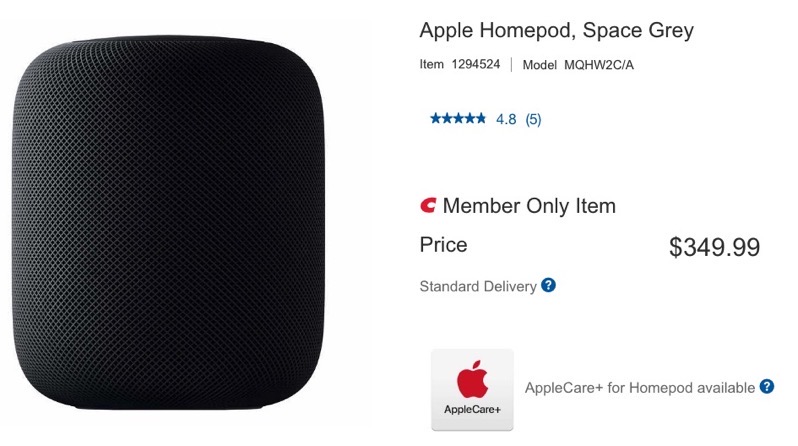 Apple discontinued its HomePod speaker back in March of this year, priced at $399 at the time. The decision was made by Apple to instead focus on its newer and smaller HomePod mini.

If you’re still looking to buy the HomePod, it’s not available on Apple.ca anymore. But you can still find it from Costco.ca right now, as the Space Grey colour is available for $349.99 CAD.

One or two HomePod speakers can be set up with an Apple TV 4K to create home theatre audio with Dolby Atmos. While the HomePod is a decent speaker, it sadly only supports Siri still, with the latter still dumb as a doorknob.

If you’ve been on the hunt for a HomePod, buying from Costco means you get a rock-solid return policy and warranty as well.