How to Fix iPhone App Downloads Stuck in “Waiting” on Homescreen 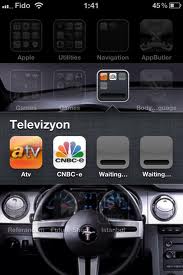 How to fix your app downloads stuck in “Waiting…”?

Easy! Thanks to the power of twitter, @TheChrisBayliss said to “respring your Springboard”. For jailbroken iPhone users, this means going to SBSettings and doing a respring. Of course, after my quick respring, the apps stuck in “Waiting…” had disappeared.

For regular iPhone users, turning off/on your iPhone should do the trick.

If the above solution doesn’t work for you, here’s another way to fix this via an Apple Support Discussion thread:

Here is what I did to get rid of the stuck “Waiting…”
1. Went to itunes and downloaded the update for the app.
2. Connected my iphone to my computer and sync my iphone so the app was updated on my iphone.
3. But the “waiting…” grayed out box was still there and the updated app was not, so I opened up App Store on my iphone.
4. Closed App Store and the “Waiting…” grayed out box was gone and replaced with the updated application.

Just a quick tip to help anyone stuck with this problem in the future.