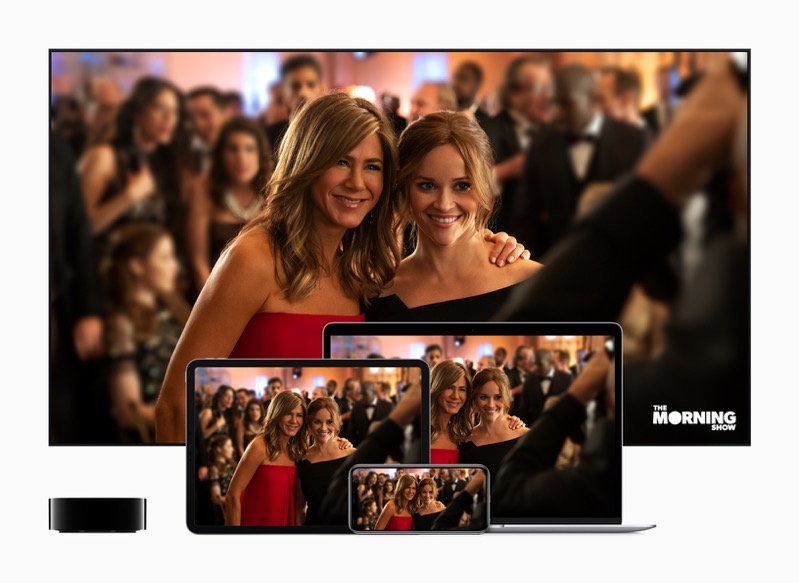 Apple’s streaming video service, Apple TV+ is set to launch in Canada on November 1, 2019, at the price of $5.99 CAD per month. You can start streaming right away via the TV app on your iOS devices, Apple TV or Mac or via tv.apple.com.

If you want to get one year of Apple TV+ for free, all you have to do is “purchase any new iPhone, iPad, Apple TV, Mac or iPod touch starting September 10,” and you’ll get one year of the service included, a $71.88 CAD value.

Your Apple TV+ subscription will renew automatically after one year, at $5.99 CAD per month. Apple says customers can cancel their subscription at any time within Settings “at least one day before each renewal date.” If you cancel during the free period, the remainder of the subscription will be forfeited.

Apple says this offer applies to both new and refurbished models. With an Apple TV+ subscription, up to six family members can share the service and watch with their own Apple ID and password.

“Only one one-year offer is available per family, regardless of the number of devices purchased,” explains Apple.

You will also be able to watch Apple TV+ on the Apple TV app on select 2018, 2019 and newer televisions such as Samsung smart TVs, Amazon Fire TV, LG, Roku, Sony and VIZIO “platforms in the future,” says the company.

Apple says those with AirPlay 2-enabled Samsung, LG and VIZIO smart TVs will require iOS 12.3 or later or macOS Catalina to play or mirror Apple TV+ originals from the Apple TV app on their iOS or Mac devices to their smart TVs. Apple says select Sony smart TVs are set to get AirPlay 2 later this year.

Apple TV+ subscriptions can be purchased and viewed on the web at tv.apple.com in Safari, Chrome and Firefox.

If you’re buying a new Apple product this fall, one year of complimentary Apple TV sounds like a nice perk, but the service definitely will have a limited library at launch compared to Netflix and Disney+, which is coming soon.

Apple has shared a handy video on its YouTube support channel, explaining how you can add video effects when using Continuity Camera with iPhone on a Mac. If you’re using Continuity Camera with a virtual conference app or FaceTime on your Mac, you can add these video effects from Control Center while you chat. Center Stage...
Usman Qureshi
2 weeks ago

This weekend marks the start of the NFL Wild Card playoffs, which kick off the road to the Super Bowl. The next three weekends are do or die for the following teams, for a chance to reach the Super Bowl on February 12, 2023. Check out the 2023 NFL Wild Card Playoffs schedule below: Saturday, […]
iPhoneinCanada.ca
4 weeks ago