How To: Mark All Emails as Read in Mail on iPhone in Seconds [PICS]

Here’s an old tip but came up over discussion on the weekend. How do you mark all your messages as read within Mail on iOS in one quick swoop, instead of tapping messages individually? There is a trick, that was originally discovered on reddit, which appears to be a glitch as it doesn’t seem like it was implemented by design (if it was, then it’s definitely not easy to figure out).

Here’s how to mark all your email as read within Mail, in a matter of seconds: 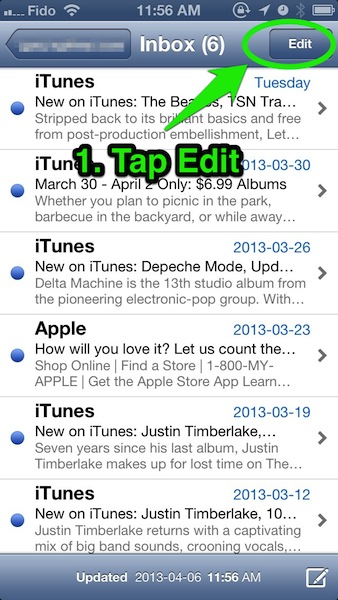 4. While holding down ‘Mark’, tap the red checkmark to unselect the highlighted email. 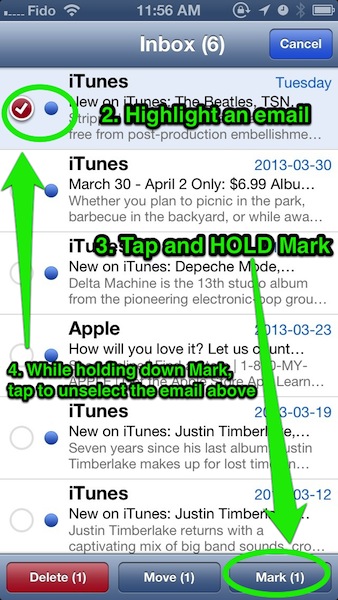 5. Let go of ‘Mark’–the option to ‘Mark as Read’ will appear. Tap it. Now all your emails have been marked read in one quick swoop! 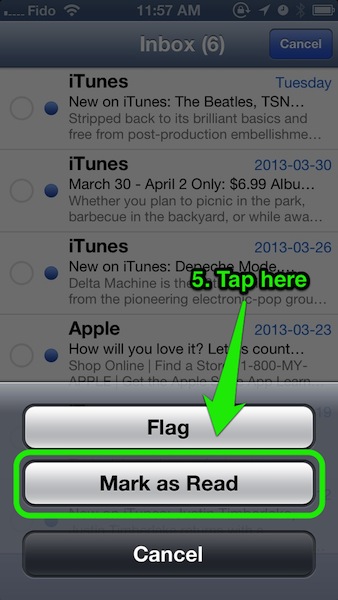 Let us know if you’ve been using this trick. It is a great shortcut if you have multiple accounts and need to mark all your email as read.