It’s Back: Play YouTube in the Background on iPhone with Screen Off in iOS 11.3 [u]

It appears YouTube audio can now stream in the background again on a locked iPhone, according to a user on Reddit.

YouTube is a source of free music for those who aren’t subscribed to premium streaming services such as Apple Music or Spotify. Now, you can listen to audio from YouTube videos again in the background, when previously this workaround was disabled by Google.

All you have to do is load Safari, visit YouTube.com, then search for a music video. Press play, wait at least five seconds, then go back to the Home screen on your iPhone. The audio will stop, but once you bring up Control Center, you can then press play to resume audio (or it’ll just resume when Control Center is brought up). Lock your iPhone screen and audio will continue playing. 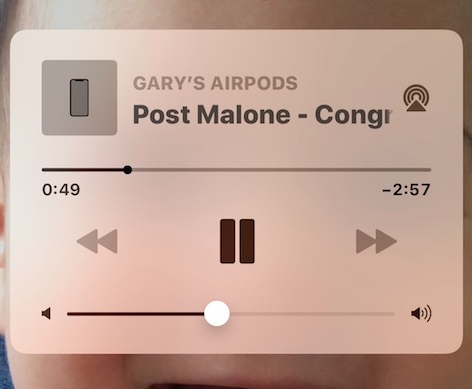 Why would you want to do this? Again, if there’s audio you want to listen to only available on YouTube, you can now do so in the background. Elementary and high school students looking for sources of free music always use YouTube. Now they’ll be able to listen to music in the background on a locked iPhone. Previously users had to download third party apps or browsers to get this to work, but now it appears to be working again in Safari.

Let us know if you’re going to try this little trick for background YouTube audio on a locked iPhone or iPad.

Update: Okay so of course now when we try to re-create this, it’s not working anymore.