How to Send Group Messages and Emails with Siri

Justin Horn from WhenWillApple.com has discovered a neat trick for sending group messages. Using Siri, it’s possible to create a group text message by separating individual names with the conjunction “and”.

He offers the following example:

Me: Send text to Girlfriend and Chiyin and Jason and Miguel and Tom and Monica
Siri: What do you want to say to these six people?

The same trick works for sending group emails as well. The only barrier to this tip is ensuring you’re speaking clearly enough for Siri to comprehend your dictation. Let us know how this works for you. 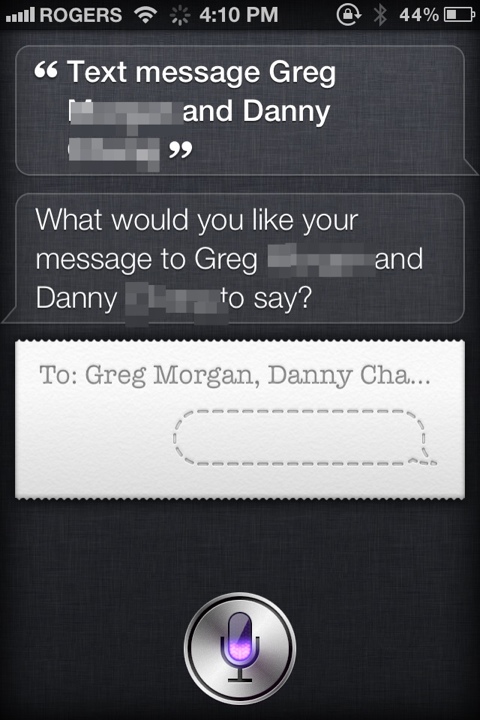