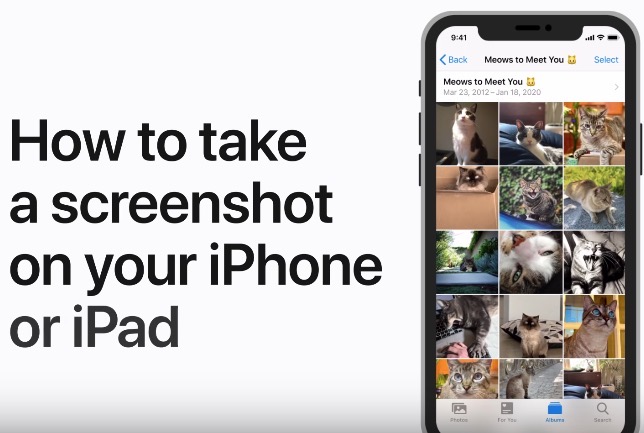 If you’re new to iOS and recently picked up an iPhone, iPad or iPod touch, it’s always handy to know how to take a screenshot. Sometimes a picture is worth a thousand words, and it’s much easier to explain something with a photo of your device’s screen.

A new video tutorial from Apple says, “Learn how to take a screenshot on your iPhone, iPad, or iPod touch, which you can then save, share, edit, and more.”

Taking a screenshot has evolved over the years as the iPhone and iPad design has changed. Depending on your device, it involves pressing the Home button and the sleep/wake button at the same time.

For newer iPhones without a Home button, screenshots involve pressing the side button and volume up button (how many times has this made you take an accidental screenshot!).

Apple’s video clearly illustrates how to take a screenshot depending on which iPhone or iPad you own and is a handy tutorial to send to those new to iOS.