How to Transfer iCloud Photos and Videos to Google Photos

Apple recently launched a new tool for its customers to transfer photos and video from iCloud to Google Photos, as spotted by MacRumors.

“You can request to transfer a copy of your iCloud Photos—photos and videos associated with your Apple ID—to another service,” explains the Apple Support document, adding the service is currently only available in Canada, along with Australia, the European Union, Iceland, Liechtenstein, New Zealand, Norway, Switzerland, the United Kingdom, and the United States.

1. To get started, login to your iCloud account at privacy.apple.com. 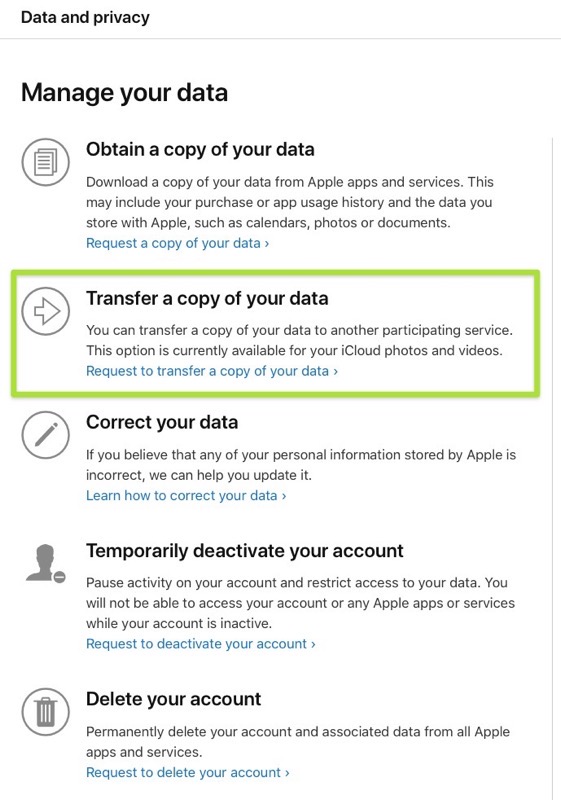 3. After, you’ll be given an option to pick where you want to transfer photos and videos. From the drop-down menu, select Google Photos. You have the option to tick off photos or videos or both: 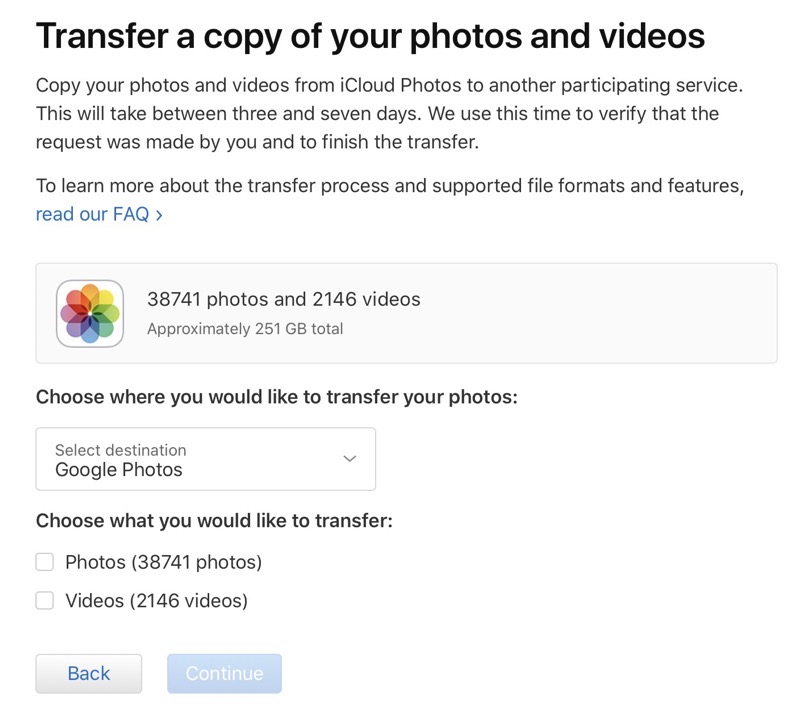 4. You will need to ensure your Google Photos has enough storage available.

“Your Google account must have at least 251 GB storage available. If you run out of space, not all of your items will be copied,” explains Apple.

“If you add more photos or videos to your iCloud Photos before the transfer starts you will need additional space in your Google account to copy them,” according to Apple.

Once you verify you have enough storage over at Google Photos, the transfer process will take anywhere from 3 to 7 days to complete. Apple will verify the request was initiated by you and you will need to have two-factor authentication enabled on your Apple ID.

Only the most recent edit of the photo is transferred and not the original version. Duplicates appear as just one photo, says Apple.

Google Photos has a limit of 20,000 photos per album. So if you transfer an album that has more than 20,000 photos, the photos will still transfer but won’t be included in the album.