How to Trim Videos on Your iPhone or iPad [VIDEO]

Happy New Year everybody! If you’re recovering from getting a lil’ tipsy last night, you may want to spend the day trimming videos you took on New Year’s Eve and during the holidays. 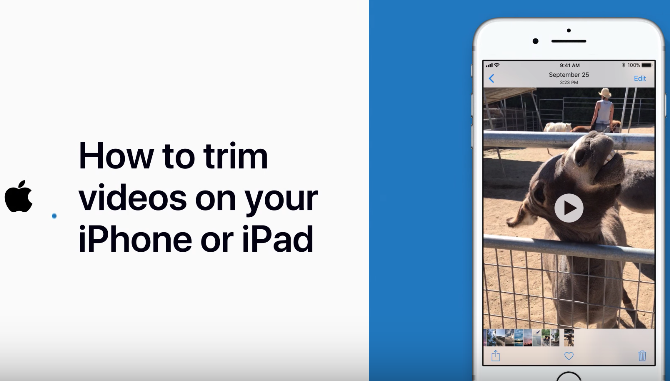 Apple Support has uploaded a new video titled, “How to Trim Videos on your iPhone or iPad”. Many of you probably already know how to do this, but for new iPhone or iPad owners, this helpful video will assist you:

More information can be seen over at this Apple support document.