How to Watch Amazon Prime Video in Canada

Bell Media let the cat of the bag that Amazon Prime Video was set to launch in Canada on December 1st, despite former Top Gear host Jeremy Clarkson confirming it on Twitter a couple weeks ago.

If you want to watch Amazon Prime Video in Canada right now and stream Clarkson’s new show, The Grand Tour, you can do so easily, without the need for a VPN to change your location or any other tweaks.

Just sign into Amazon.com with your existing Amazon.ca Prime account and head over to the Prime Video section. You’ll be able to start streaming videos right away. 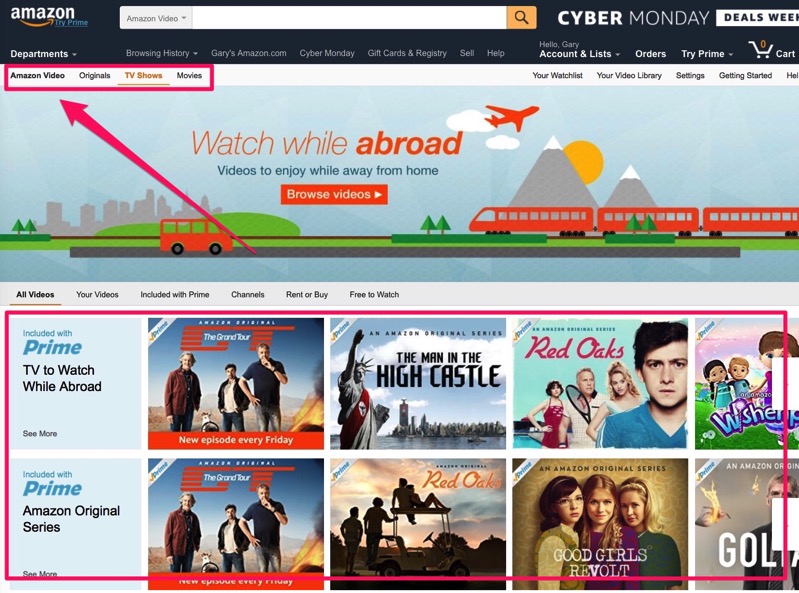 As you can see below, we were able to watch The Grand Tour right away. Any Amazon Original Series is viewable here, while other content restricted to the U.S. won’t be viewable in Canada:

Amazon Prime costs $79 per year in Canada (it’s 50% off at $40 for students), and there’s no word whether we’ll see a price increase here to make up for the addition of Prime Video.

Amazon Prime Video is pegged to launch tomorrow in Canada, the day after Rogers and Shaw’s failed shomi experiment shut down.

Let us know if you’re going to give this a try!