How to Enable ‘Night Mode’ in Twitter for iOS

Twitter launched this morning ‘night mode’ for their iOS app, which allows users to enable a new dark-themed skin, which is helpful for surfing the social network at night. This update is out over-the-air and not through an iOS update.

Here’s how to turn on night mode in Twitter for iOS:

Tap on your ‘Me’ tab, then tap the Settings (gear) icon up top. Next, tap ‘Turn on night mode’ when it appears in the menu (if you’re not seeing this, force quit Twitter and relaunch it; on iPhone or iPad, double tap the Home button, then ‘swipe’ up on the Twitter app to force close it): 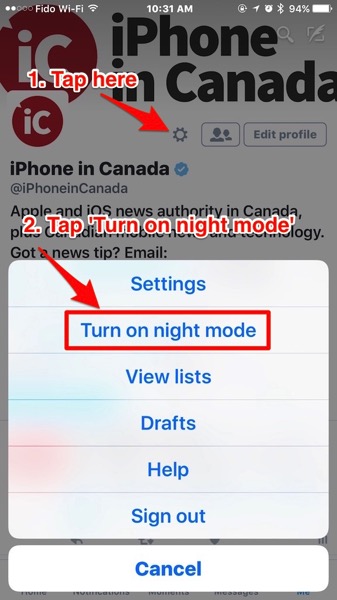 Once enabled, you’ll see a night mode theme for Twitter, showing white text on a dark background, as shown below: 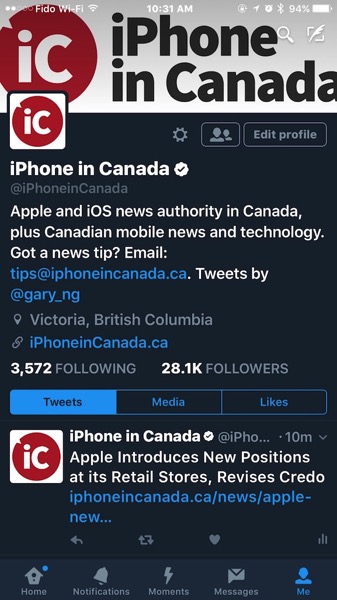 Coupled with Night Shift Mode in iOS 9.3, the addition of night mode for Twitter’s iOS app should make browsing tweets in bed much easier on the eyes. Let us know how you like it.

Canada’s men’s national team is set to play its last match at the 2022 FIFA World Cup on Thursday. After losing to Croatia 4-1 on Sunday and being eliminated from advancing at the tournament, the Canadian team will be playing for just pride. How to watch Canada versus Morocco at the World Cup 2022 live? […]
iPhoneinCanada.ca
6 days ago