Facebook now requires iOS users to install the Messenger iOS app to read and send messages, which is a total pain in the arse as it requires yet another app to install when everything worked fine.

However, there is a hack to avoid installing Messenger for iOS—but still bring the original functionality of accessing messages in the Facebook iOS app. This trick was first noted by The Guardian:

All iPhone users have to do avoid this unpopular decision is to hit the install Messenger button when prompted by the standard Facebook app, but switch to the App Store while the Messenger app is being installed and stop the installation or delete the app.

Re-opening the standard Facebook app should have chat available in Messages, as before Facebook’s attempts to try to force Messenger on users.

1. Upon seeing this message in the Facebook iOS app, tap the ‘Install’ prompt, which will jump you over to the App Store. 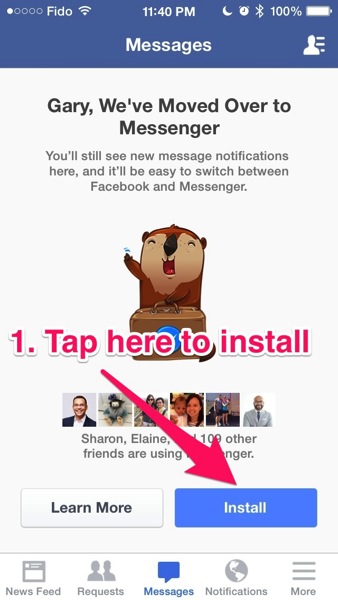 2. Update: Once you get to this screen below, don’t bother tapping install–just jump back to Facebook for iOS and your messaging function will return (thanks Sam). No install or pausing required. 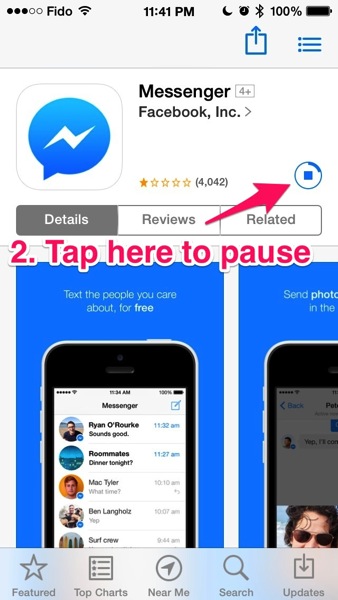 3. Now, jump back to Facebook for iOS—your will have full access to your messages again, without having to install Messenger! You can again send and receive messages and also start group chats, as seen below: 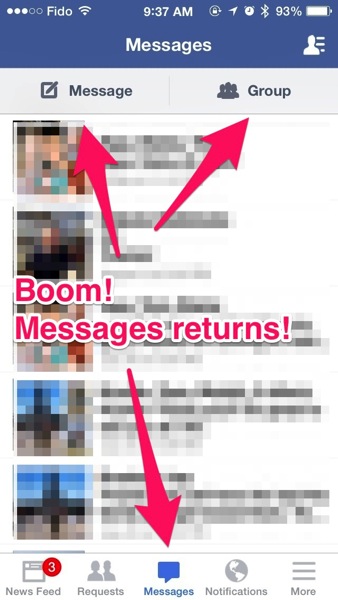 This works with Facebook’s most recent iOS app update, which the company says will reduce crashes by 50 percent.

Let us know if this hack works for you! Of course, this hack is only going to work until Facebook closes the loophole. Until then, enjoy!