How to: Force Send an iMessage as a Text Message

iMessage (and FaceTime) is currently suffering from another outage, as most of you probably have noticed by now. If iMessage is down, your message should be sent through as a text message. However, you’ll probably get hit with a ‘did not send’ error then have to resend it manually as a text message.

But what about force sending a text message right away instead of an iMessage? Here’s a neat tip on how to do it in iOS 5/6+ (via OSX Daily): 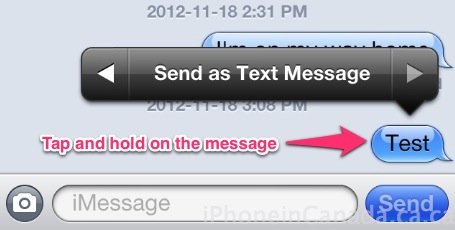 Text messages get sent through any cellular connection quite consistently, so when iMessage is down this is a great tip to force send text messages. Let us know how this tip works for you!