How to Turn On ‘Announce Messages with Siri’ in iOS 13.2 Beta for AirPods 2

iOS 13.2 beta was released yesterday for developers, bringing with it Deep Fusion for iPhone 11 and iPhone 11 Pro users.

But another feature available in iOS 13.2 beta is ‘Announce Messages with Siri’, which will allow users with second-generation AirPods or Powerbeats Pro wireless earphones (containing Apple’s H1 chip) to have the voice assistant read out messages.

“Have Siri read out messages without having to unlock your iPhone. Siri will avoid interrupting you and will listen after reading messages so you can reply without saying “Hey Siri,”” explains the feature.

After installing iOS 13.2 beta, the feature might not be showing in your Settings menu when you head over to Settings > Siri & Search > Search > Announce Messages with Siri to toggle it on. If this is the case, disconnect your AirPods 2 by going to Settings > Bluetooth > your AirPods > tap the “i” menu > Forget This Device.

Pair your AirPods 2 or Powerbeats Pro again by opening the lid and placing the charging case beside your iPhone. Once you connect, you’ll see a new pop up message for ‘Announce Messages’. You can enable here or select ‘Not Now’. Tap the grey bar ‘Announce Messages With Siri’ to enable the feature.

Now, head over to your iPhone and go to Settings > Siri & Search > Search > Announce Messages with Siri and the feature should be enabled. You can also toggle on ‘Reply without Confirmation’, which will “Have Siri send replies without first reading back the messages.” 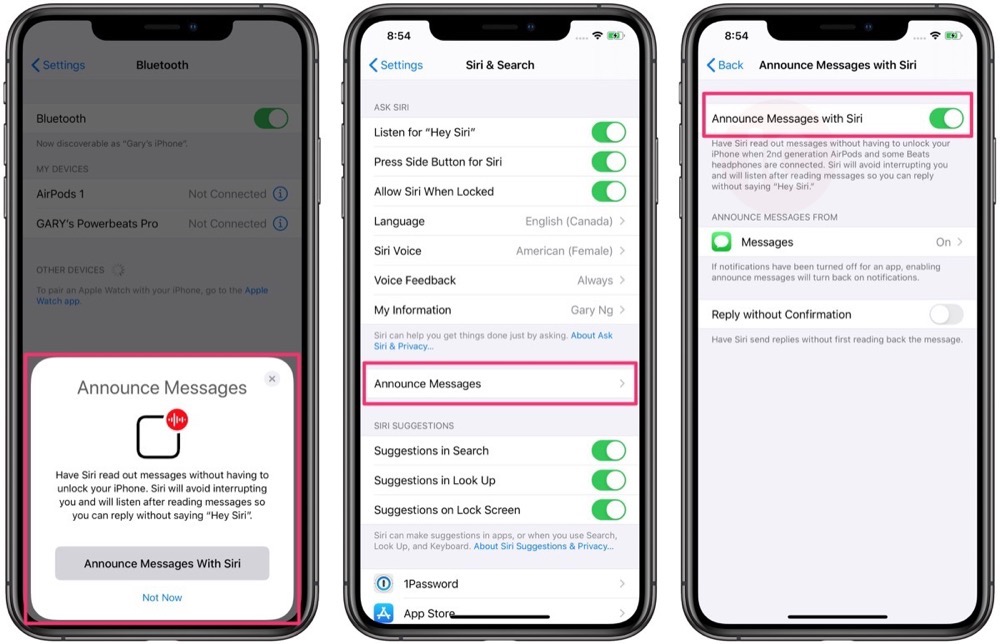 Below is a preview of the tone Announce Messages with Siri will make when you get an incoming message:

The “announce messages with Siri” tone is really nice pic.twitter.com/U6Ns8KvrXn

This new feature will make using iMessage much more convenient for those with second-generation AirPods. If you spend all day using Messages, this new feature may make your workflow much easier and also hands-free.

Is Facebook’s Instagram app not working on your iPhone? If that’s the case, a fix has been released by Meta for its social network. On Wednesday afternoon, Instagram announced, “we fixed an issue that caused some people on iOS to have trouble accessing Instagram.” The company went on to say, “the fix should now be […]
Gary Ng
5 hours ago