Just over a week after iOS 6.1 was released publicly, Apple has released iOS 6.1.1 (build  10B311) for developers and it includes some map improvements for Japan. The release notes share the following: 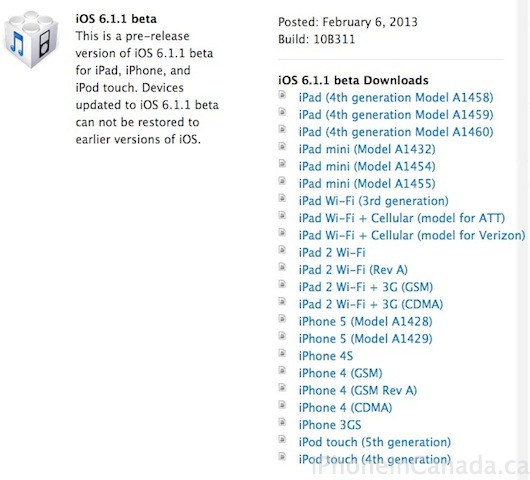 For any users with a jailbroken iOS 6.1 device via the evasi0n jailbreak, you are urged to stay away from this update according to @musclenerd. The update most likely secures the exploits used in the iOS 6.1 jailbreak, which Apple recently warned users to avoid:

6.1.1 beta is already out to developers!Obviously stay away from that.

iOS hacker @iH8sn0w says this beta has no expiry date, unlike previous releases in the past.