Apple has released iOS 6.1 beta 3 to developers, a 105MB update (on the iPhone). No word on what’s new in this version but stay tuned. 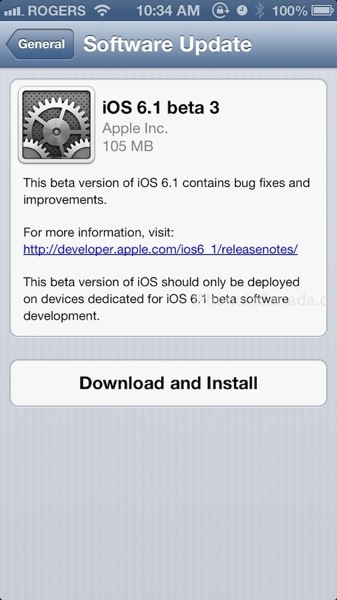 iOS 6.1 beta 2 was released in the middle of November for developers, which was another OTA update as well (it brought back Panorama mode as the first beta broke the feature).