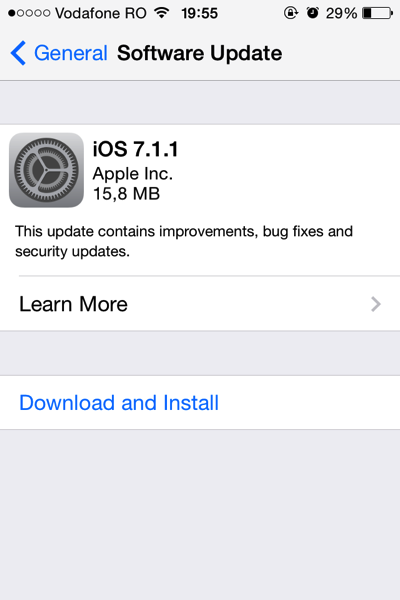 Today, Apple has released iOS 7.1.1, a software update containing various bug fixes and security updates. iOS 7.1.1 is available as an over-the-air update and brings further improvements to Touch ID fingerprint recognition, fixes a bug that could impact keyboard responsiveness, and corrects a Bluetooth keyboard issue when VoiceOver is enabled.