It looks like Apple’s decision to have iBooks on iOS 8 and Yosemite pre-installed paid off: since last fall, when the latest operating system launched, the app has averaged one million new customers each week (via GigaOm). 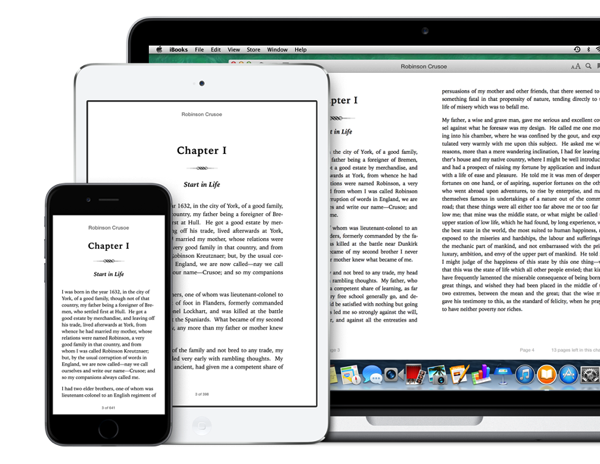 The numbers were shared by Keith Moerer, the director of iBooks at Apple, who appeared at the Digital Book World conference in New York City. Like an earlier Pocket statistic had already revealed, Apple’s decision to increase the screen size of the iPhone 6 paid off with new customers using iBooks, purchasing content, and reading on their smartphones.

Moerer also took the opportunity to highlight what makes iBooks so special:

“It’s in Apple’s DNA to support creative professionals of all types … many of whom use our hardware, many of whom use our software. That support carries over to the way we run our media business,” he said, adding: “Whether an author chooses to self-publish or work with a small or large publisher, I’m very proud that our business terms are the same. The same 30-70 split applies to a self-published author as well as an author published by the very biggest house.”

During the past 18 months, Apple has focused on romance, mysteries, thrillers, sci-fi, and fantasy and noticed that it can leverage customers: they come to buy or rent a trendy movie and end up reading a book, Moerer suggested during his talk.