Apple may release the iOS versions of the TextEdit and Preview applications (currently available on Mac OS X) with limited features, and enable iCloud sync between devices, people familiar with the company’s plans have told 9to5Mac.

With Mountain Lion, Apple added iCloud sync for Preview and TextEdit, say the sources, but since the iOS versions are missing, the company plans to fill that gap with iOS 8.

The mobile versions, however, won’t be fully functional apps like the ones used on a Mac.

Instead of using fully functional Preview and TextEdit applications on iOS, users will be encouraged to use the PDF management and editing functionality in the free iBooks application from the App Store and manage other documents via the iWork suite’s word processing application Pages. The apps will also bring improved feature parity between the two Apple operating systems.

The changes come as a direct result of the development strategy adopted by Craig Federighi, Apple’s VP of Software Engineering. Now, instead of two teams working separately on the OS X and iOS apps, there is one team working on both the iOS and OS X versions of the apps.

Also, Apple is rumoured to be working on ways to make iCloud storage tools more developer-friendly, although there isn’t much detail about how exactly the company plans to do this. What seems to be certain, though, is that Apple aims to provide new tools allowing developers to use iCloud for sharing data across desktop and mobile devices.

Update: The images below claim to represent iOS 8. You can see the Preview and TextEdit icons (true or false?). 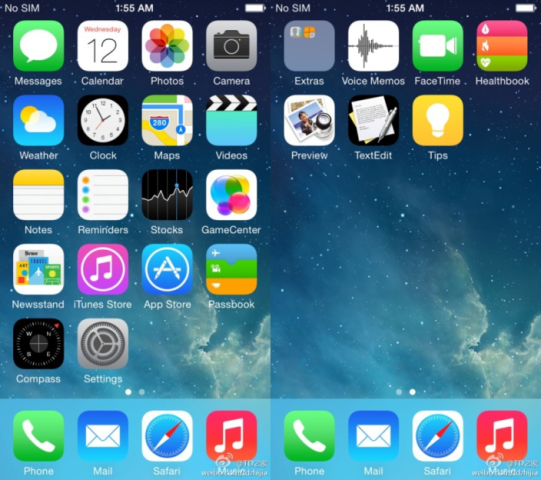