Apple has just released the iOS 7 Golden Master (GM) for developers, which is now available for download through the developer’s portal. For those who aren’t aware, the GM release of iOS 7 marks the final build that will be released to the public on September 18th for installation on all supported devices. 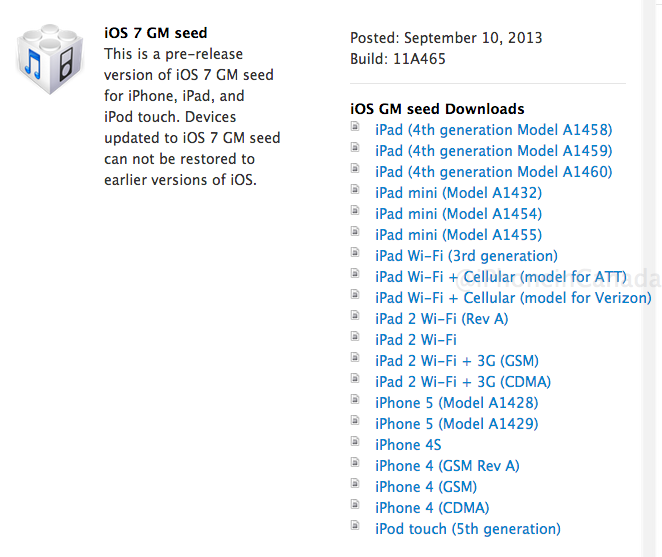 The GM version of iOS 7 arrives as build 11A465, and is available for iPhone 4 and later, iPad mini, iPad 2 and later, and the 5th-generation iPod touch.