Here’s what’s available, as of writing, at discounts of 15% off versus retail, saving you between $120-$150 depending on model: 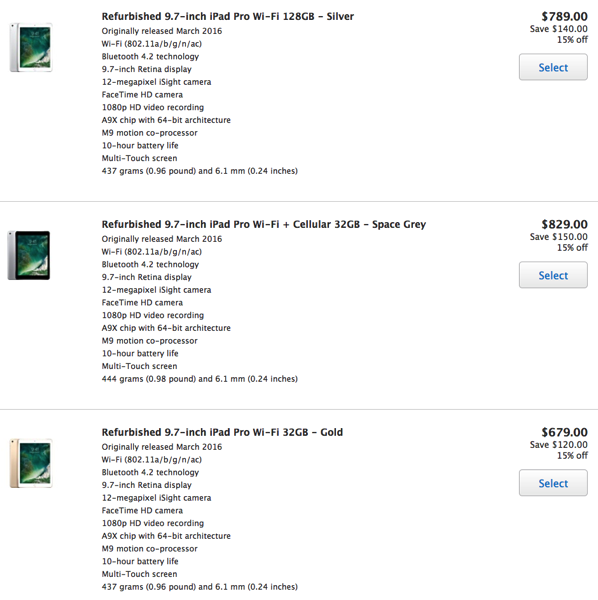 Refurbished iPad models from Apple come with a new external shell, battery and one year warranty, minus original retail packaging. These are pretty much good as new.

Let us know if you’re going to jump on these—stocks usually run out fast.