Following up earlier iPad 5 rear shell rumours, FanaticFone has obtained a new set of images of what they claim to be the next-generation, full-size iPad. 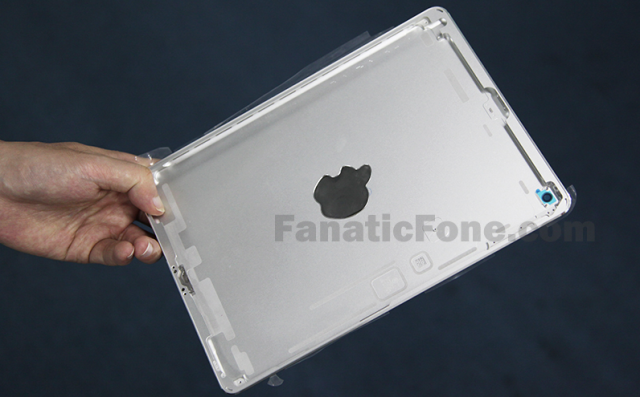 According to the blog’s measurements, the dimensions of the iPad 5 rear housing is 24 cm × 16.8 cm, while the currently available model is 24 cm × 18.5 cm, a 1.7 cm difference in width due to a redesign process resulting in narrower borders of the next-generation tablet.

The distance between the border and screen of the iPad 5 appears to measure only 3 mm. In contrast, the iPad 4 border measures 6 mm on one side and 10 mm on the other, according to ETradeSupply. 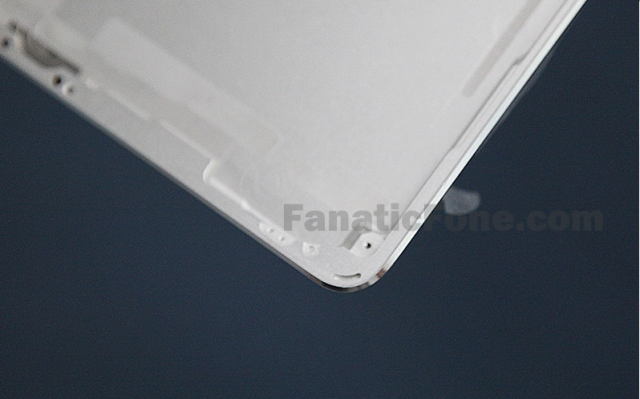 Other changes have targeted the loudspeaker: while on the iPad 4 the loud speaker holes are located on the bottom-left of its rear, with the iPad 5 Apple has decided to move them to the bottom. 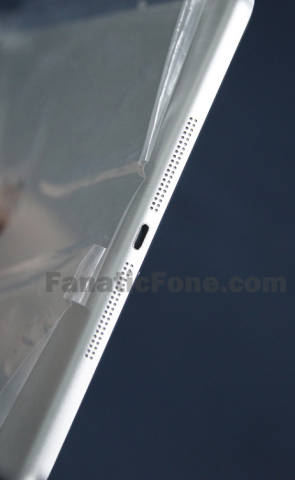 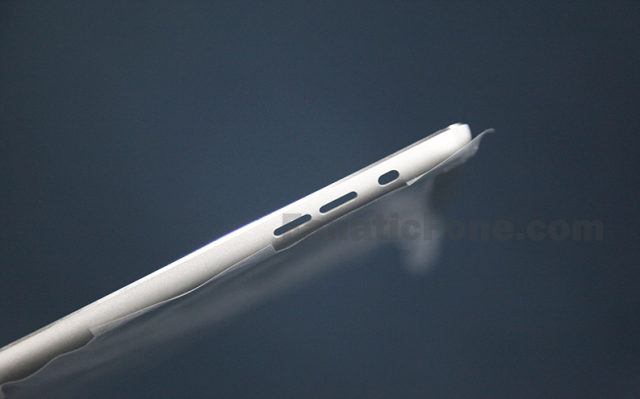 While we can’t confirm the authenticity of the images, they corroborate earlier reports claiming the iPad 5 design will likely be influenced by the popular iPad mini design.