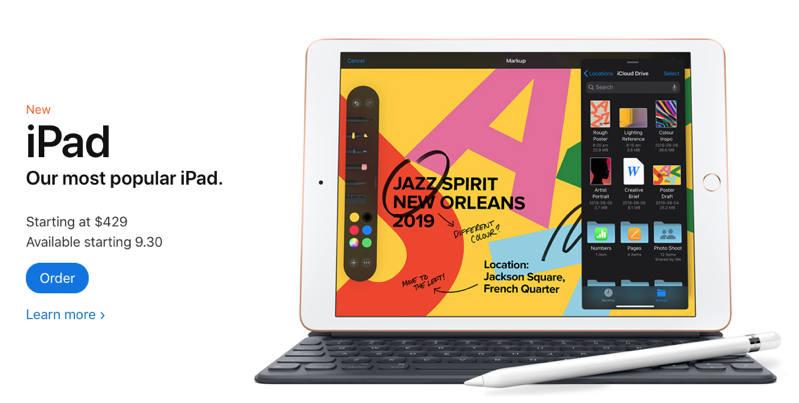 If you were wondering how much RAM was inside the 2019 iPad, developer Steve Troughton-Smith has continued to dig within Xcode, to note there’s 3GB of RAM, a 1GB upgrade compared to last year’s sixth-generation iPad. With 3GB of RAM, the 10.2-inch iPad now has the same as Apple’s current 10.5-inch iPad Air, which launched earlier this March.

Apple’s iPad 7 is powered by the same A10 Fusion processor as last year’s iPad 6, but gains 1GB of RAM to most likely enable an even smoother iPadOS experience, plus future-proofing it to support more iPadOS updates in the future over its predecessor.