Apple Canada has debuted a trade in program for iPad customers, offering up to $380 CAD in credit. The new page appeared on Apple’s iPad website sometime this past week. 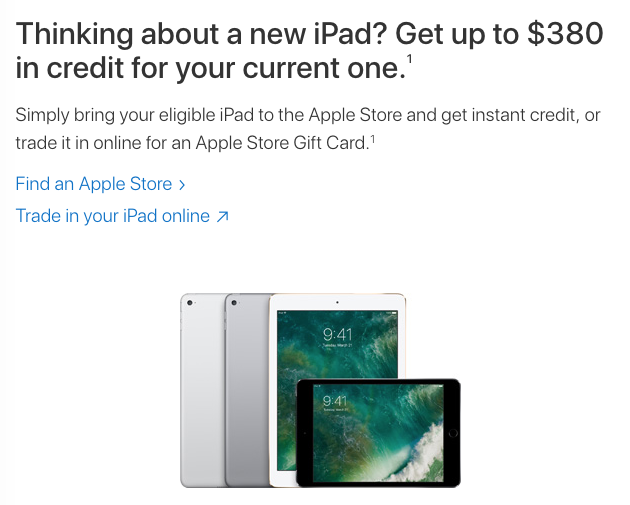 Estimated trade-in values are determined by third party partner Brightstar, and as expected they are not as high as values you would get selling on eBay or Craigslist yourself. But of course, for those who can’t be bothered to waste time, these trade in programs are geared towards you.

Here are some values for older iPads, based on condition:

Back in 2014, Apple kicked off an iPad trade in program in Canada and the USA on Earth Day at Apple Stores, but that program has since evolved.

If you have an aging iPad kicking around, this may be one way to get some credit for it easily, although it won’t be at top dollar compared to selling yourself used classifieds.

What’s your old iPad worth? Are you going to do a trade in?