Apple.ca now has stock of refurbished 2017 iPads, which debuted back in March. Available right now is the 32GB Wi-Fi model in Space Grey, for $379, which is 15% off new retail prices, saving you $70: 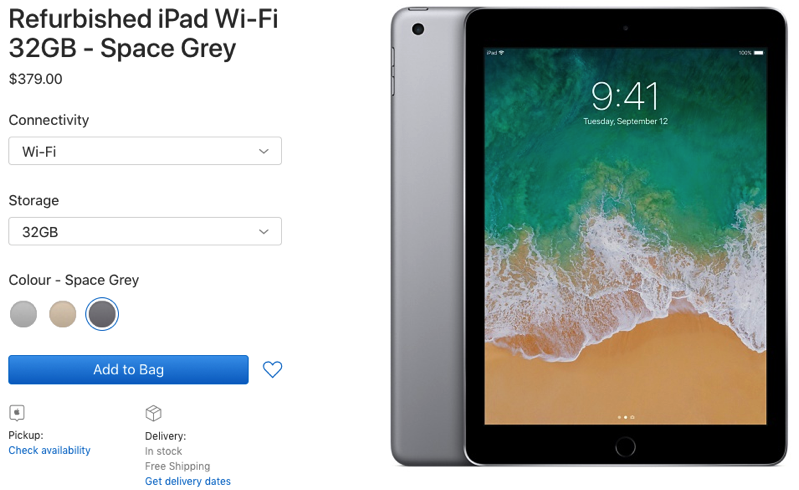 This 2017 iPad has a 9.7-inch Retina display, FaceTime HD camera, 1080p HD video recording, all powered by the A9 chip and also includes Touch ID.

Do note though, this iPad does not have a laminated display and anti-reflective coating like the iPad Air 2 before it, making it slightly thicker. But the display is brighter than iPad Air 2, according to Apple.

Refurbished Apple iPads come with the same one year warranty as new iPads, plus also include a new battery and outer shell, in “a new white box”.

Apple’s Stage Manager multitasking feature in iPadOS 16 is only for tablets with the company’s M1 chip, but that is now changing. According to Engadget, Apple told the publication Stage Manager is now expanding to older iPad Pro 3rd gen and 4th gen models when iPadOS 16 is released later this year. M1 iPad Pro […]
Gary Ng
6 hours ago