Apple has just introduced the all new 5th generation iPad with Retina display called the iPad Air, at the Yerba Buena Center for the Arts Theater in San Francisco, CA, featuring an all new chassis design that is 20% thinner and 0.4 pounds lighter than the previous generation full-sized iPad. The iPad Air packs the new Apple-designed A7 processor, the same processing chip found in the iPhone 5S. While delivering an incredible 10 hours of battery life in a thinner and lighter iPad design, it also sports a 5-Megapixel iSight camera, an improved FaceTime HD camera, dual microphones, and comes in same Silver / White and Space Gray / Black colour options. Full details continue after the break. 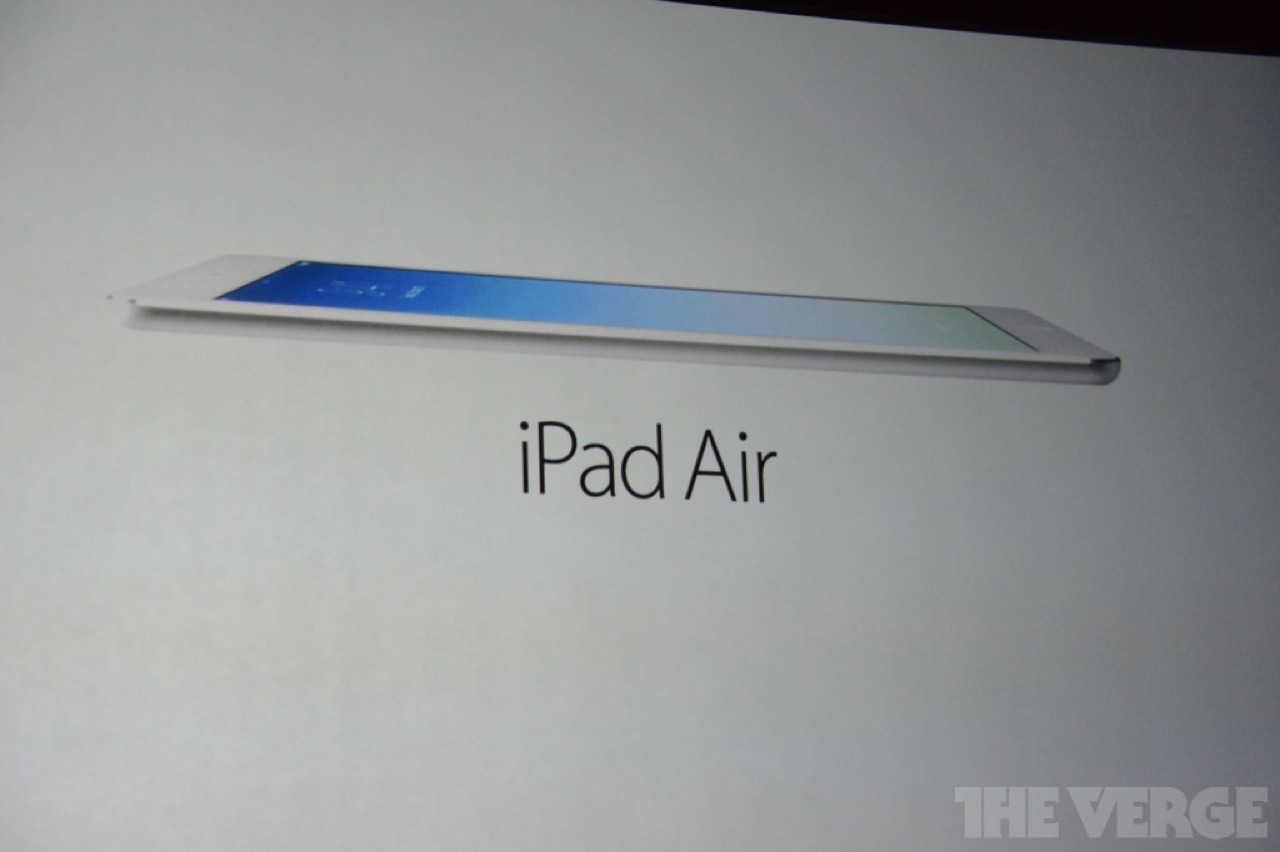 The new 9.7″ iPad Air features a 43% thinner bezel than the previous generation iPad and weighs merely 1 pounds, making it the lightest full-sized tablet in the world. Phil Schiller said it offers a “dramatically different experience to hold”. The new Retina display iPad Air is 7.5mm thin versus 9.4mm for the previous version. It will be available in Silver / White and Space Gray / Black colours 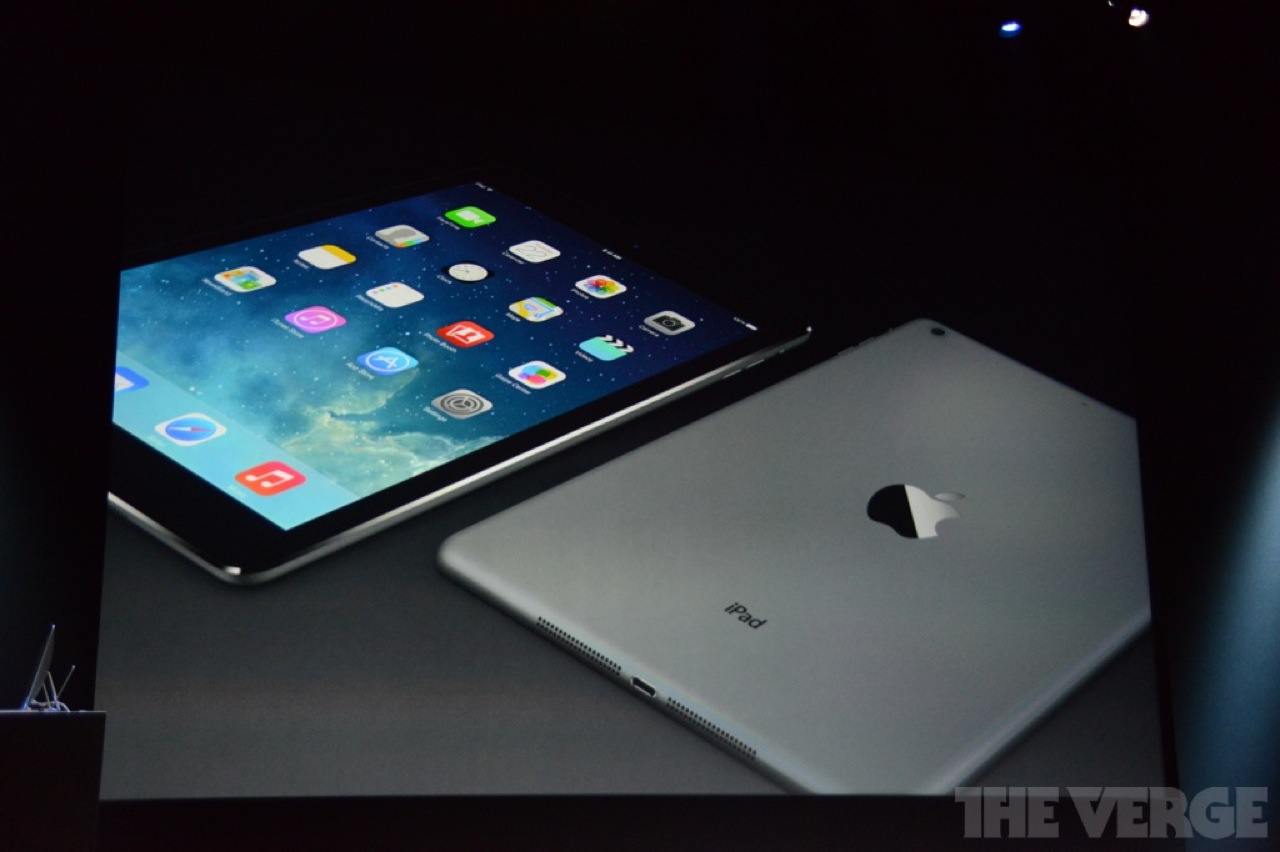 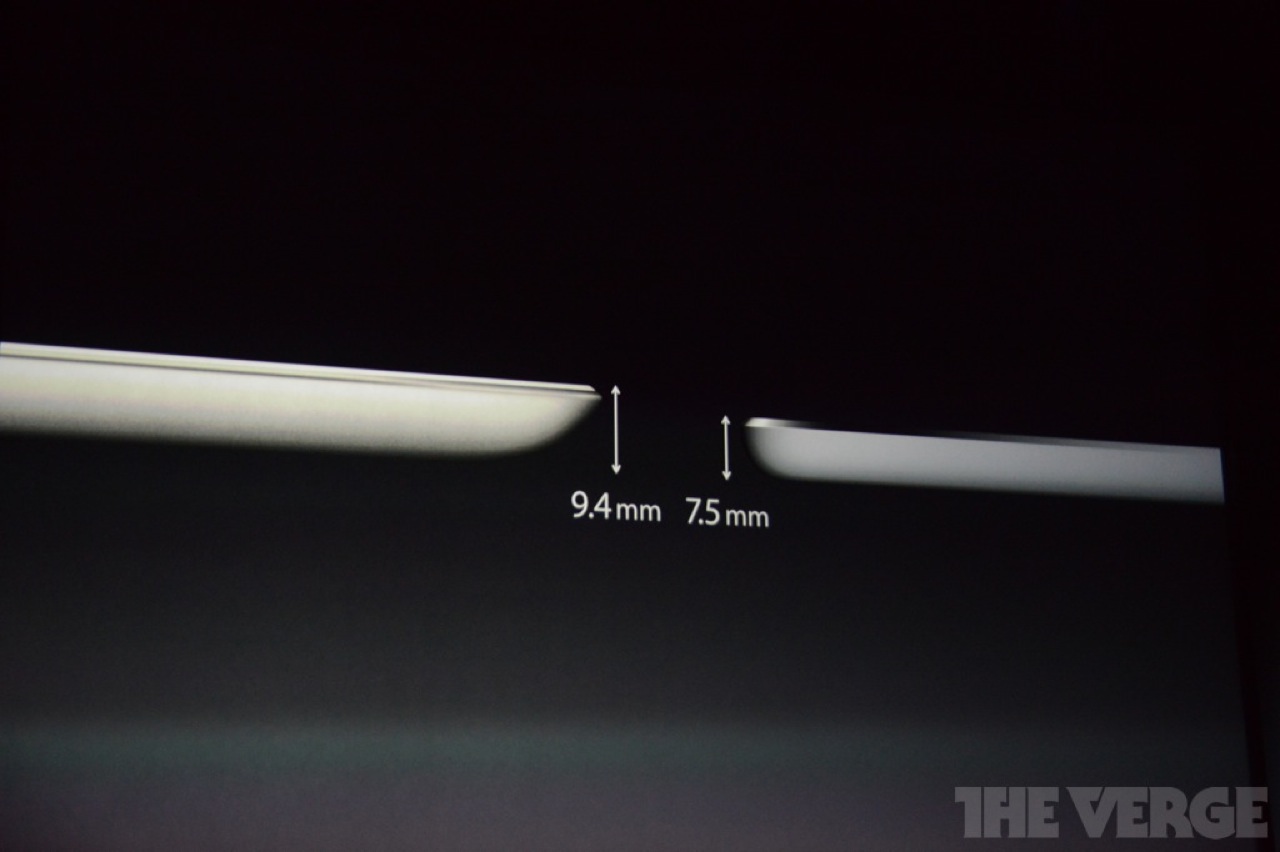 A7 Chip With M7 Co-processor:

It features the next generation system-on-a-chip A7 processor with 64-bit desktop class architecture. It has full Xcode support, and is backwards compatible. CPU and graphics are twice as fast. The M7 motion co-processor, found in the iPhone 5S, is included as well. Apple notes that it the first iOS device with MIMO for faster 802.11n performance. 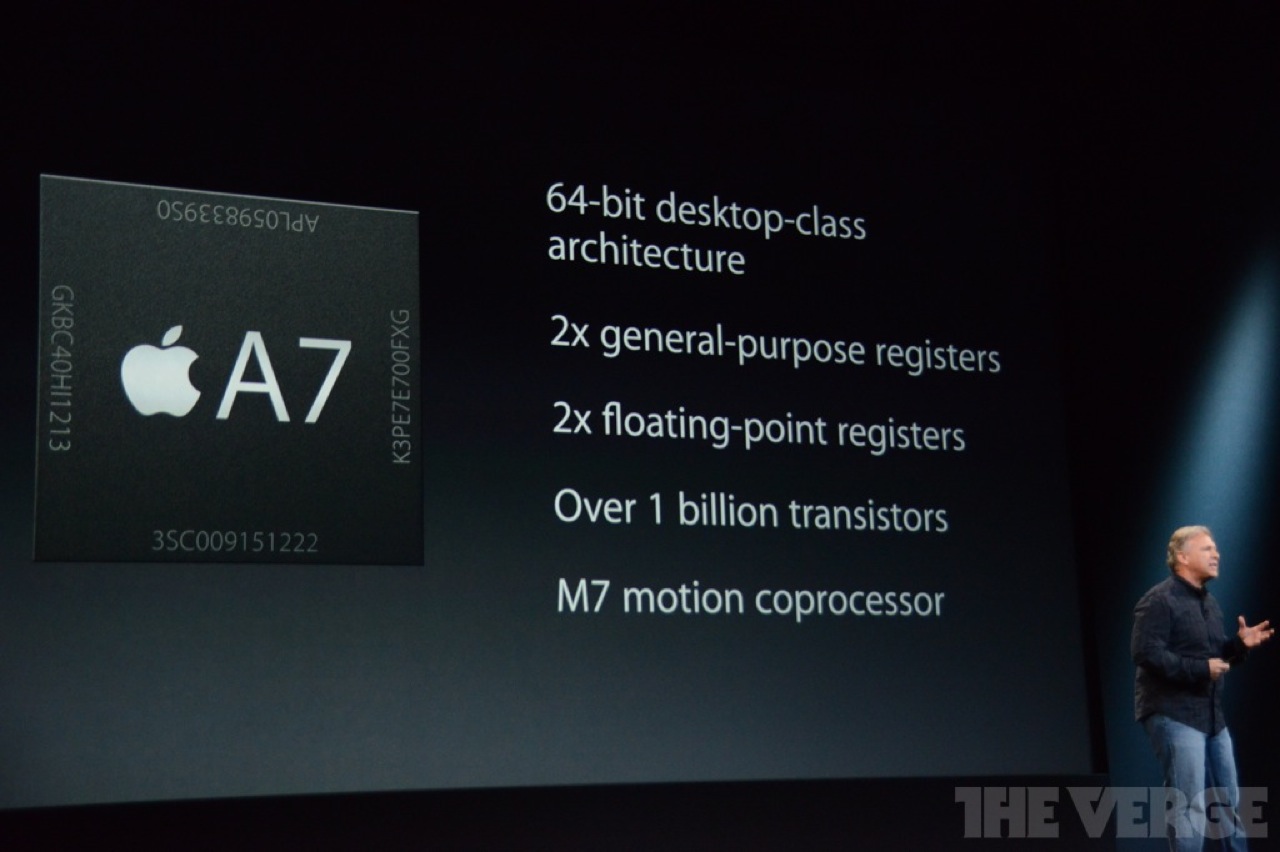 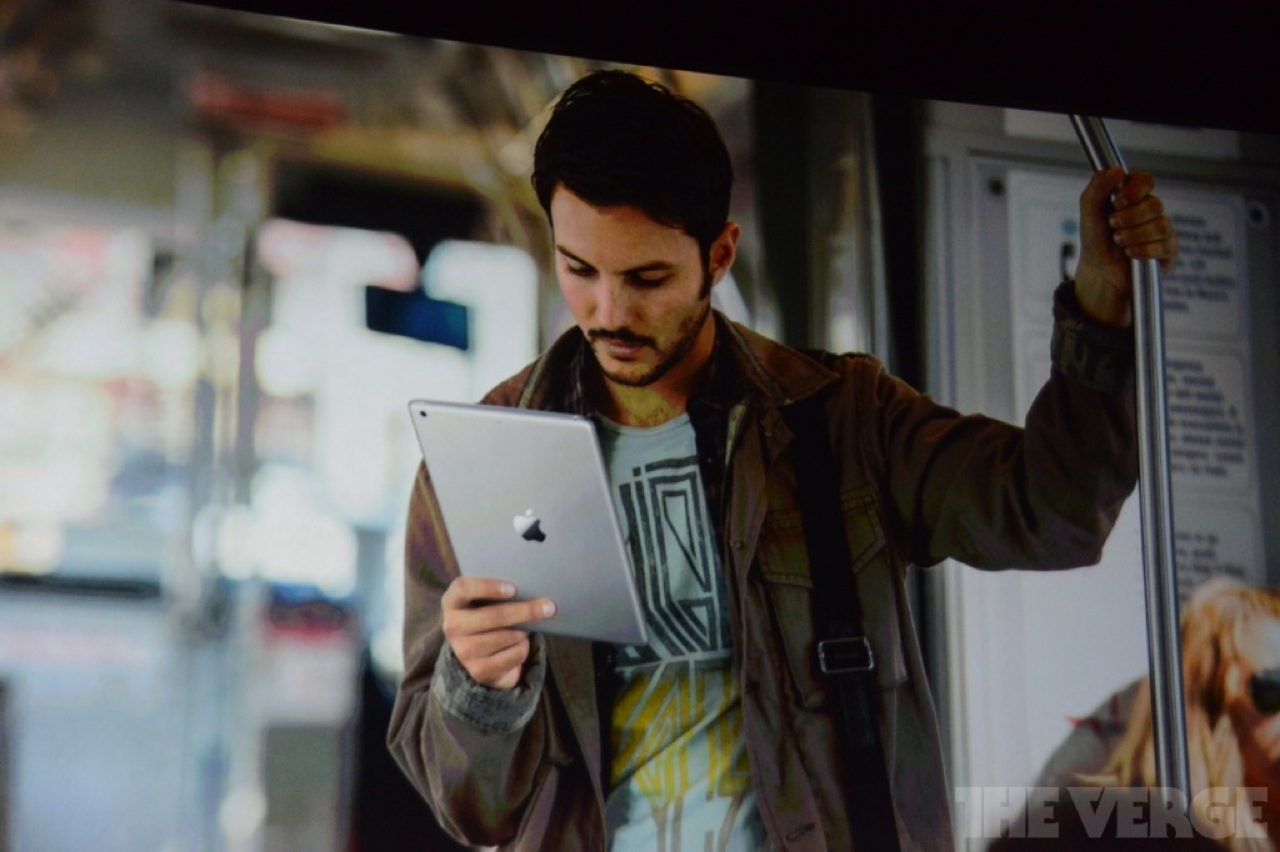 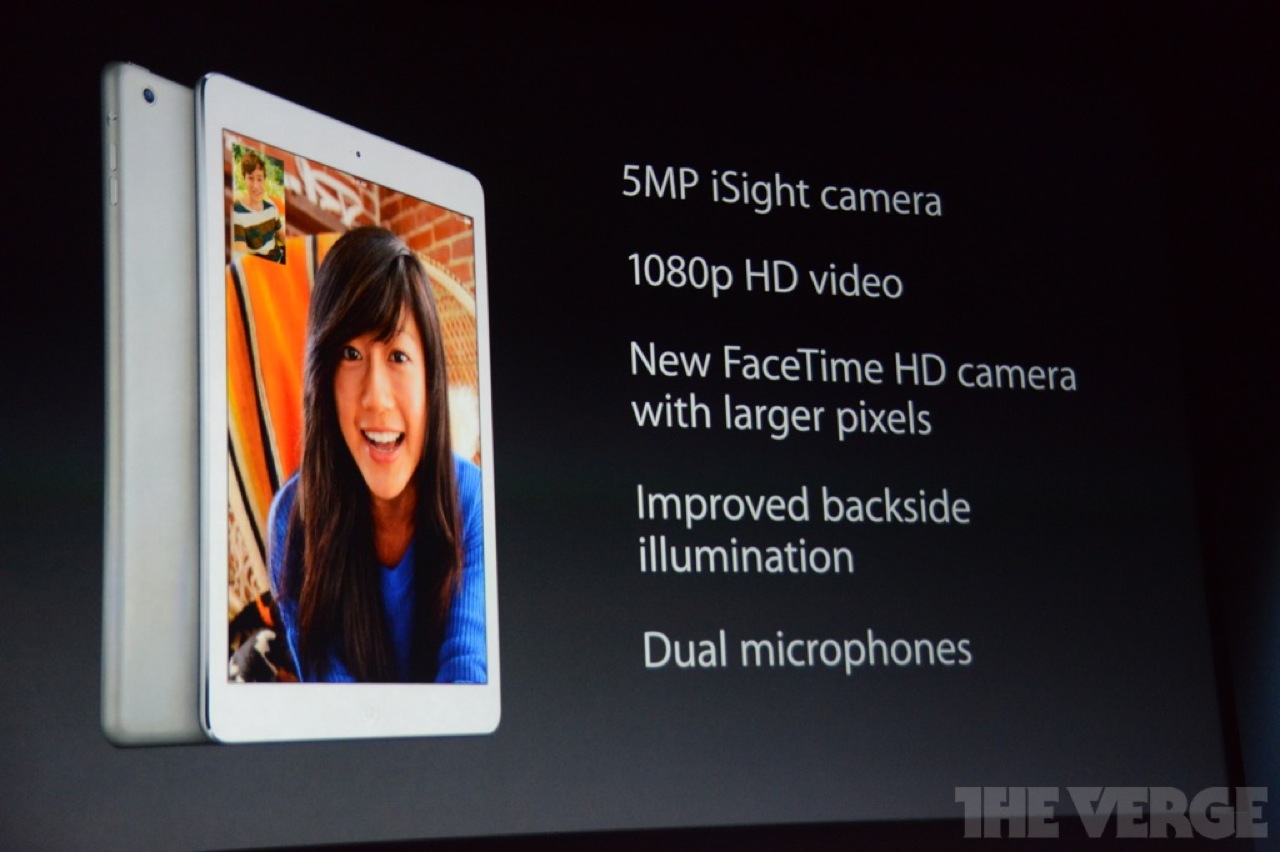 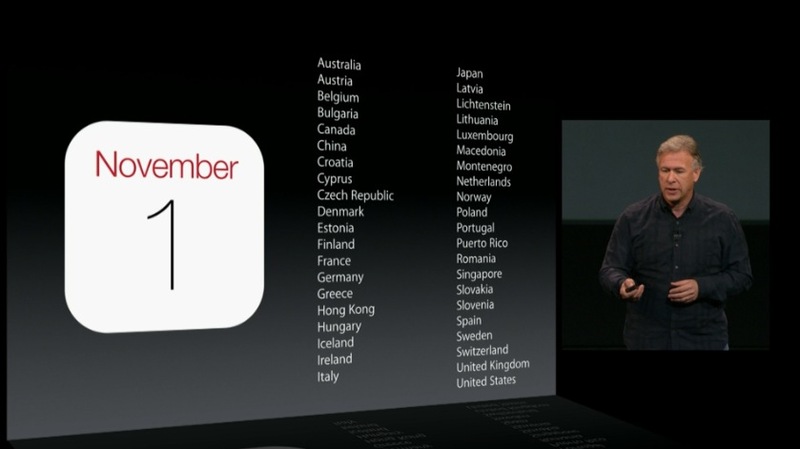