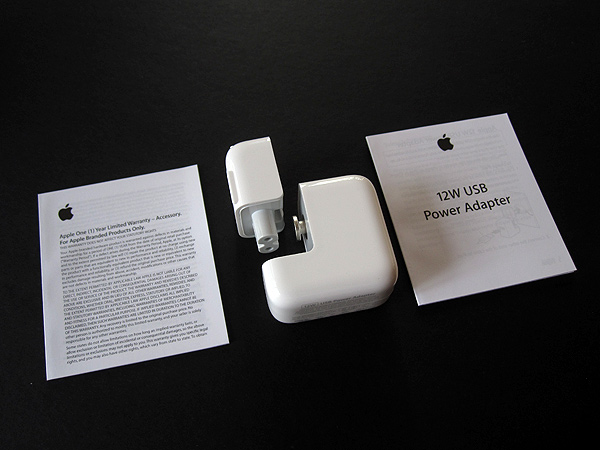 iLounge has reviewed Apple’s 12w USB charger, a new accessory to alleviate concerns people had over the slow charging times associated with the larger iPad 3 and iPad 4 batteries. According to iLounge, their tests revealed iPad 3 charging times decreased by an hour, while iPad 4 times dropped by 36 minutes:

In our testing, the 12W Adapter brought the charging time of a third-generation iPad down to 5 hours and 28 minutes—a reduction of roughly one hour or 15%—while the fourth-generation model saw a smaller drop from 5 hours and 41 minutes to 5 hours and 6 minutes. This is still significantly longer than it takes to charge an iPad 2 with the 10W Adapter, but it’s an appreciated improvement that addresses one of our primary concerns with the later generation tablets.

Recharging times have increased due to the faster 2.5-Amp speed in the new 12w USB charger compared to 2.1-Amps in the old charger. As for the iPad mini, we were first to tell you it ships with the regular 5w USB power adapter that comes with the iPhone.

The 12w USB charger is available from Apple.ca for $19. Anyone buy one of these for their iPads?