Fido is currently offering a sale on cellular iPads from 2017, as you can get the following models on discount: 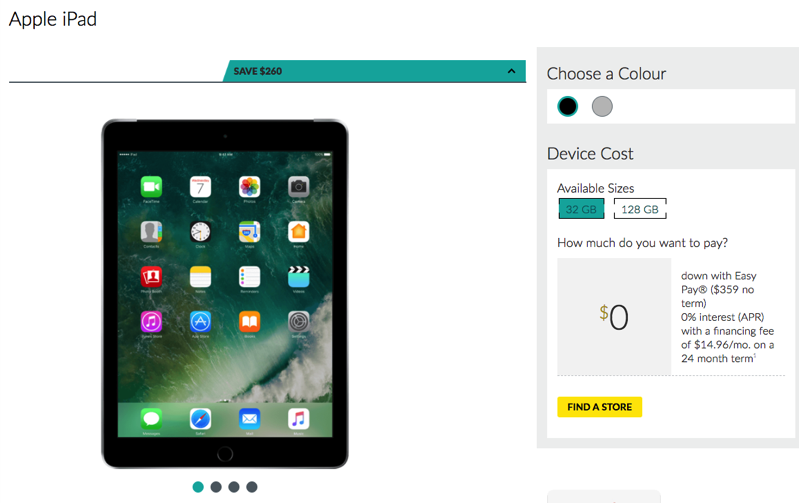 If you take a look at the Apple.ca refurbished store, 2017 LTE models are selling for $449 and $539 respectively, for 32GB and 128GB models. So Fido LTE iPads are cheaper by $90 and $50 (updated) and they are brand new, not refurbished (although Apple refurbished is pretty darn good).

Again, if you were in the market for a cellular iPad, I don’t think you can get a better deal right now, than these offerings from Fido. You can also finance them from Fido by paying monthly on a two-year term.

For reference, Apple’s latest 2018 cellular iPads cost $599 and $719 respectively for 32GB and 128GB models if you want the latest and greatest, which now support Apple Pencil.

If you’re holding out for a 2017 refurbished Wi-Fi iPad, they usually sell for $319 for the 32GB model, and should be restocked soon (they were restocked yesterday briefly, but sold out immediately).

Apple’s Stage Manager multitasking feature in iPadOS 16 is only for tablets with the company’s M1 chip, but that is now changing. According to Engadget, Apple told the publication Stage Manager is now expanding to older iPad Pro 3rd gen and 4th gen models when iPadOS 16 is released later this year. M1 iPad Pro […]
Gary Ng
5 days ago