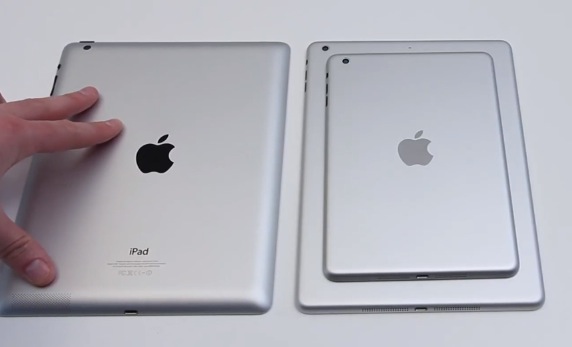 Last night we saw YouTube channel ‘unbox therapy’ post the first hands on video comparing the alleged new iPad 5 shell to the iPad 4. The channel promised a video would be upcoming of a similar hands on video with the iPad mini 2 shell and it had appeared as promised. Again, the shells were acquired via the help of @SonnyDickson.

From the video, there are no major design changes aside from the Apple logo on the iPad mini 2 shell showing in silver opposed to black on the current iPad mini. It would be an un-Apple move if the second generation design was completely new on top of hardware upgrades.

Apple is expected to debut new iPads this fall, most likely in October again similar to last year, but this time many expect the iPad mini to come with a Retina display.

Have you been holding out for the second generation iPad mini?