YouTube account ‘unboxtherapy’ has posted what appears to be the first hands-on video with the iPad 5 shell, compared to the existing iPad 4. The new iPad 5 shell takes design cues from the iPad mini and is much thinner, making the next 9.7-inch iPad much smaller than before. The part was acquired via @SonnyDickson, the source of numerous Apple parts leaks of late.

As you can see from the following screenshots of the video, the new iPad 5 shell has a significantly smaller footprint compared to the existing generation iPad: 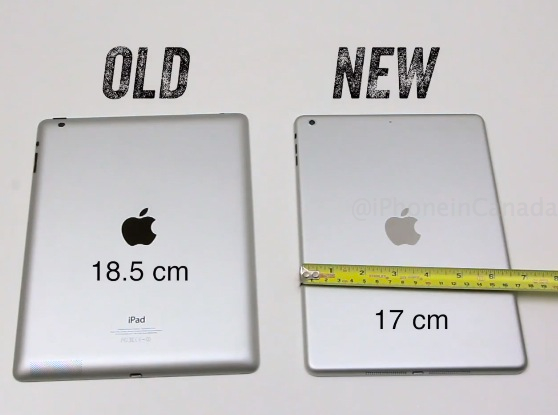 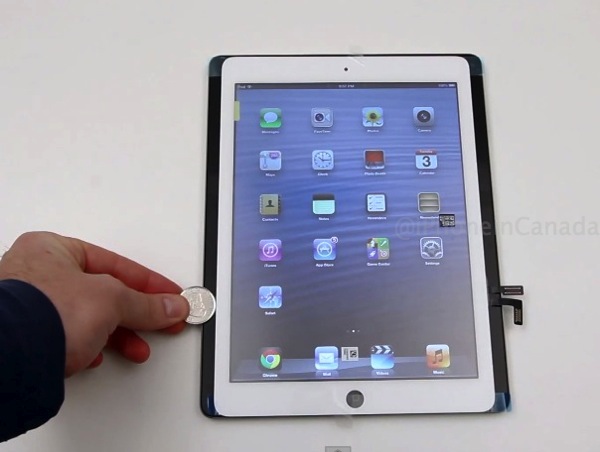 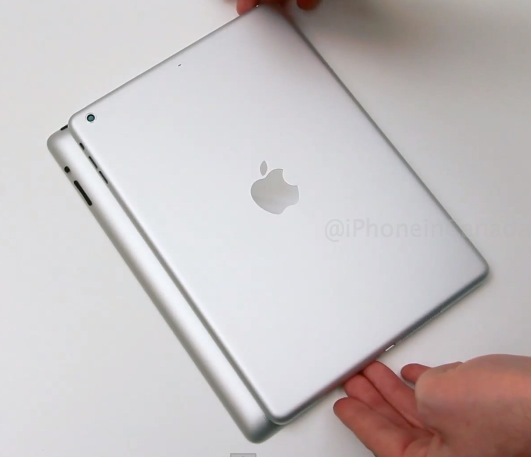 ‘Unboxtherapy’ says they also have the second generation iPad mini 2 shell on hand, which should be uploaded later on. Apple is expected to launch new iPads at a special event in October, similar to last year.