iPad 5 Likely To Get A Thinner, Lighter LED Backlight Apparatus 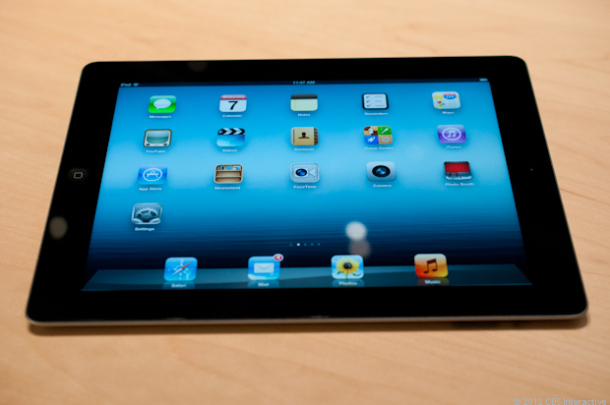 According to NPD DisplaySearch, next generation Retina iPad a.k.a the iPad 5 is expected to feature a redesigned LED backlight apparatus which may bring its thickness and weight close to the iPad 2 (via CNET). Analyst Paul Semenza suggests that a thinner, lighter LED design will be achieved partly by making the display more efficient and partly by using more efficient LEDs.

The analyst further said that other modifications to reduce thickness may include a shift to a film-based touch sensor. Also, the next 9.7″ iPad is expected to have narrow side bezels like the iPad Mini. On asking when will the iPad 5 arrive, he said “the third quarter is most likely”.

It’s still a mystery whether Apple will change the display tech, though. “It is not yet clear if there will be a big change to the display — such as using IGZO,” he added. (IGZO stands for indium gallium zinc oxide.)

That technology has been pursued by Sharp and was originally expected to land in the third-generation Retina iPad — but didn’t. Sharp’s IGZO tech is used in smaller devices sold in the Japanese market.

The 3rd and 4th generation iPads gained significant weight and thickness as compared to the iPad 2 due to technologies supporting the Retina display.